Home » Cricket » T20 World Cup: I don’t think India will qualify for the semifinals even if they manage to win remaining matches – Virender Sehwag

T20 World Cup: I don’t think India will qualify for the semifinals even if they manage to win remaining matches – Virender Sehwag 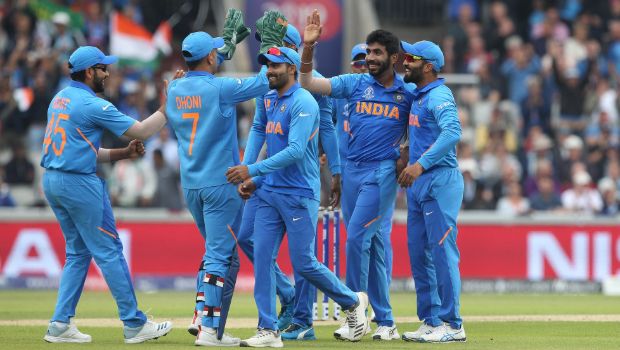 Former Indian opener Virender Sehwag believes India is all but knocked out of the ongoing T20 World Cup 2021 after losing their second fixture against New Zealand on Sunday.

Sehwag feels India won’t be able to qualify for the semifinals even if they manage to win the remaining three matches of the group stage.

There are a lot of permutations and combinations which India needs to go their way if they are to remain afloat in the tournament. India will want that Afghanistan to beat New Zealand and then they go on to win their remaining three matches by a big margin to improve their NRR and give themselves an outside chance.

India hasn’t been at their best in the first two matches of the tournament and their batting unit has let the team down. The Virat Kohli-led team had managed 151 runs against Pakistan and could only post an under-par score of 110 runs against the Kiwis.

Speaking on his Facebook Watch show Virugiri Dot Com, Virender Sehwag said: “New Zealand has defeated India for the fourth consecutive time in the World Cup. Now even if India wins the remaining matches still I don’t think they have a chance of qualifying for the semifinals.”

Sehwag added that it hasn’t been India’s World Cup thus far as they have failed to tick the right boxes. The former Indian opener compared India’s performance against the Blackcaps with Namibia renditions against Afghanistan.

“This has not been India’s World Cup by far. Just how Namibia played against Afghanistan, India played in the same way with New Zealand,” Virender Sehwag concluded.

It has been a disappointing performance from the Men in Blue and they haven’t been able to stand tall to the challenge. India has been let down by their batting unit while the bowling battery has looked spineless and thus the semifinal doors have almost shut down for them.

The Men in Blue will next face Afghanistan on Wednesday.