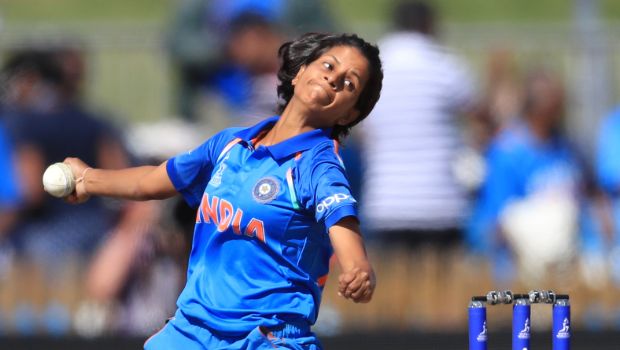 Despite having a finger fracture that left her T20 World Cup participation in doubt, India leg spinner, Poonam Yadav, said it was a self-belief that gave her the confidence of playing in the opening game in a shocking win over host and favourite, Australia.

Poonam, who sustained the injury during a pre-tournament camp in December, missed the tri-series in Australia, leaving her participation in the competition in doubt.

Judging from her performance against the Aussies, it could be said that her absence to aid little recovery from the injury is a blessing as she bamboozled the Australia batting line up, dismissing four in the tournament opener to help India win by 17 runs against all expectation.

Speaking after her exploit, the leggy said she didn’t know that the injury would turn out to be this bad. But all she had to do was to focus on her diet and fitness while recovering from it.

Poonam, who is confident to bowl at any time, said she was asked by WV Raman Sir, the India head coach if she was mentally ready. She responded in affirmative, adding that it was also crucial that she is physically prepared as well.

Speaking with the ICC media, the 28-year-old bowler who never lost hope of playing in the T20 World Cup said she believed within herself that she would be fit on time for the competition.

Her bowling style came into fore of discussion with her small stature with the desire to float the ball high, which is not replicable in the women’s game.

Admitting that the team failed to deal with the Indian attack, Australia opening batswoman Alyssa Healy said the 28-year-old leggy bowled her first over pretty well and then slowed it up immensely afterward. She added that her side failed to adapt to it well enough, having planned for it.

Speaking further, she said the hosts failed to be as smart as they ought to be and don’t compete against leg-spinners coming out at 60kmph very often.

She also lauded Poonam for her incredible skill that shifted the momentum to India.

Indian captain Harmanpreet Kaur also commended Poonam and described her as a team bowler who loves to bowl with a nice lead.