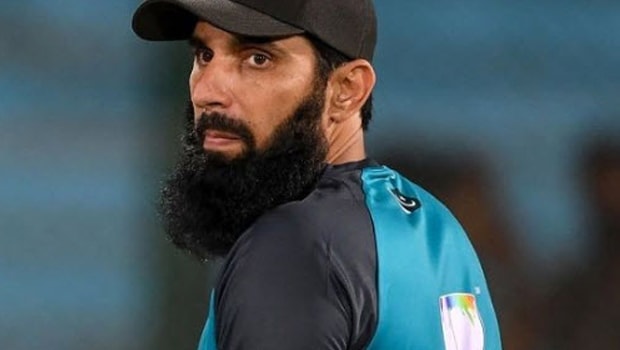 Pakistan’s chief selector and head coach Misbah-ul-Haq has suggested that ICC should not make the decision of postponing the T20 World Cup in a haste. It is reported that the governing body is expected to take a call on the fate of the T20I showpiece on May 28 in the board’s general meeting.

There are also talks going around which suggests that the Indian Premier League is all set to replace the T20 World Cup in the October-November window. In fact, the official announcement will be made soon by the governing body.

However, Misbah feels that ICC should take one more month to decide the future of the T20 World Cup and should not hurry themselves into a decision.

Misbah understands that the T20 World Cup is going to be difficult to organise logistically as 15 teams will need to travel to Australia and it will not be easy to manage in the current Covid-19 era.

“The logistics of hosting 16 teams is not easy but the authorities should give it time and wait for a month or more before taking any decision,” Misbah said in an interview to YouTube channel, Cricket Baaz. “Everyone wants to see the T20 World Cup. It would be the best product to highlight cricket once activities resume internationally.”

Misbah added that there is a lot of depression in the world due to coronavirus and it will help if the global event is held. However, the ICC is not going to take any risks. Furthermore, it is known the cricket boards will prefer bilateral series rather than T20 World Cup to make up for the monetary losses which they have suffered due to coronavirus.

“But there is a feeling of depression right now all over the world because of this Covid-19 problem and with sports suspended there is no entertainment. People want to move on so I think we must give it a try,” he said.

It is going to be a tricky situation for the ICC and most likely the T20 World Cup will be postponed. Moreover, it is reported that the T20I showpiece could be played in February/March in 2021.

On the other hand, Pakistan is all set to tour England for three Test matches and as many T20I matches in a bio-security environment. Thus, it would be interesting to note how ECB will manage the tour and it will give an indication to other cricket boards.

The ICC has also issued new guidelines and the players will have to make the adjustment while playing during the Covid-19 era.