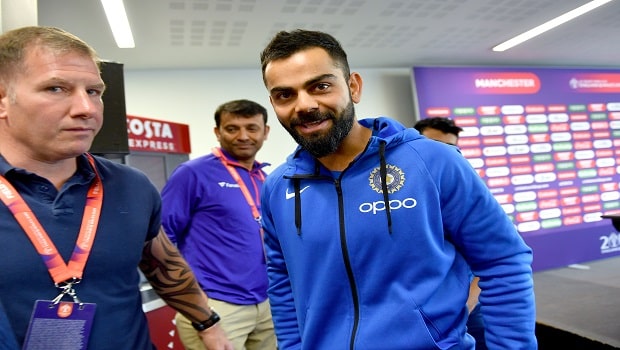 BCCI president Sourav Ganguly has said that he has some ideas he would share with regards to the Indian team ahead of next year’s T20 World Cup.

He said he would soon discuss the ideas with the captain of the side, Virat Kohli and coach Ravi Shastri.

India is set to take on the West Indies in a three-match T20 International series which kicks off today in Hyderabad.

“If we are chasing According to the BCCI president, for India to do well in T20 cricket, it needs top performance from batting first.

On this premise, he will share some thoughts with Virat, Ravi and the management.
Noting that India is yet to feature in many T20 internationals, Ganguly said he remains confident that the team will be fully ready to participate in the World Cup.

Speaking said while unveiling Sharmistha Gooptu’s book titled “Menoka Has Hanged Herself”, Ganguly didn’t give an elaborate explanation on the plans he has on his mind.

The T20 World Cup comes up in October-November 2020 in Australia.
While heaping praise on the team for topping the charts in the latest ICC Test rankings, the former captain said India has the potential win consistently overseas.

Ganguly, who stated that winning away from home is India’s ultimate ambition, noted that the team had done well in Australia last year and have to do well in NZ and again in Australia.

He also answered that if he gets the opportunity to play a character in a film, he would play the role of Amitabh Bachchan and Gabbar Singh in Sholay but acknowledged that he couldn’t act.

Ganguly who was very fond of Soumitra Chattopadhyay’s roles in different Satyajit Ray films said the entire cast of the Satyajit Ray films were fantastic as it cleans ones mind up and takes it to mind away from all your daily life and work.

He also noted that there had been some great artists over the years as well like Hrithik, Aamir, Soumitra babu, Prosenjit (Chatterjee) to mention a few.