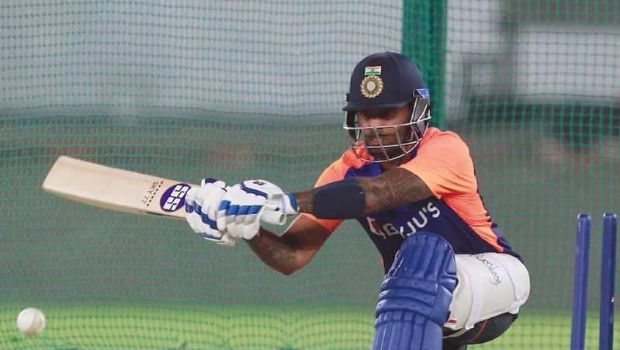 NZ vs IND 2022: Really happy with the way things have gone till now – Suryakumar Yadav

Indian batter Suryakumar Yadav is happy with the way things are panning out for him in recent times. Yadav has been in the form of his life as he is consistently delivering the goods for the team. The right-hander scored a scintillating knock of unbeaten 111 runs off just 51 balls in the second T20I against New Zealand at the Bay Oval, Mount Maunganui.

However, Yadav was dismissed for only 13 runs in the third game against the Kiwis, which ended in a tie on the DLS score. The 32-year-old from Mumbai scored 124 runs in two innings and he was awarded the Player of the Series after India clinched it by 1-0

The Mumbai batter revealed that the idea is to express himself when he goes out to bat and play freely without any pressure.

Yadav said in the post-match presentation, “Really happy with the way things have gone till now, would have loved a full game here but as Siraj said the weather is not in our hands. The pressure is always there and at the same time I’m enjoying my batting, just going there and expressing myself. Not carrying any baggage out there. The intent and approach will remain the same. We can just go out and express ourselves, would have loved a full game, but that’s fine.”

On the other hand, Mohammed Siraj was the pick of the Indian bowlers in the third game as he returned with his best bowling performance of 4-17 in his quota of four overs. Siraj was rewarded for bowling the hard length as he played a key role in skittling out the hosts at 160.

Siraj was awarded the Player of the Match for his fine bowling show and he said in the post-match presentation, “The wicket wasn’t easy to bat and I was prepared to bowl hard lengths which gave me the rewards. I prepared myself to bowl hard lengths and had so much practice during World Cup and I just executed my plans. I always keep it simple. Just bowl the hard lengths. The weather is not in our hands, happy with the series win.”

The two teams will now play three-match ODI series with the first game to be played on Friday at Eden Park, Auckland.