T20I series win is One of India’s best comebacks 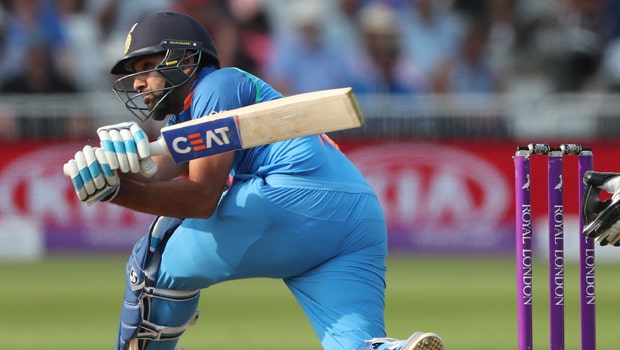 India’s cricket team captain, Rohit Sharma has hailed the team’s terrific comeback in Nagpur on Sunday after clinching the T20I series against Bangladesh.

It was indeed a great come after the host lost the first game by seven wickets. The comeback was courtesy of heroic performance by the pacer, Deepak Chahar, helping the host to clinch the series.

India was about to be defeated in a series after suffering from a bad start. Mohammad Naim and middle-order batsman Mohammad Mithun had a good opening after being involved in a substantial stand that put them ahead of their host.

The visitors were sighting a win at a stage in the game needing 69 from 48 balls with eight wickets still left in the innings when Naim stunned the home crowd with his strokeplay. He was about to set a record of becoming the youngest batsman ever to score a T20I century but was prevented by Chahar. The medium-pace bowler dented Bangladesh’s hopes by bringing India back into the game with a six-wicket haul.

Reacting to the 2-1 victory over the visitors, Sharma at the post-match conference admitted that it was the bowlers that won the game for India.

While noting that it was a tough game with the dew, the skipper said it must be one of the best comebacks in this format for India.

“It was easy for them at one stage, with 70 needed in eight overs. But the boys showed characters, took up the responsibility., Good to see young players putting their hands up.”

In-form Chahar brought his team back into the game after triggering a collapse with Mithun’s wicket. It was followed up with a double strike from Shivam Dube, who is playing his third game in the series. Dube was on top of his game when he donned the role of the fifth specialist bowler to rattle Naim’s stumps with a stunning yorker. He later got rid of Afif Hossain in the very next ball.

The man of the night, Chahar then took over and kept striking at regular intervals to eventually finished with the best-ever figures (6 for 7).

Speaking further on the team’s heroic performance, Rohit said he could understand a situation whereby the wickets are not falling, and “it’s hard to pick ourselves up”.

“I just had to remind what team they’re playing for, credit to the bowlers. Also to the batsmen – the way Rahul and Iyer played, that was magnificent. That is what we want from the team – individuals taking responsibility.”