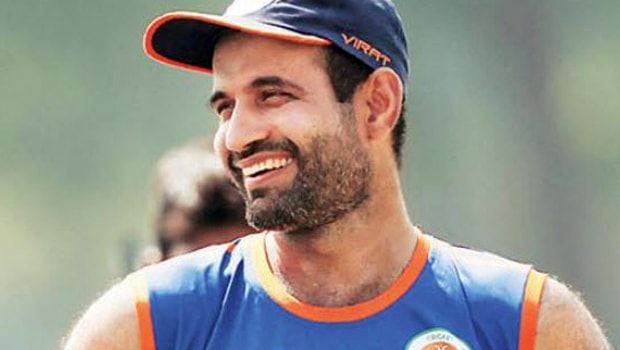 Former Indian all-rounder Irfan Pathan has urged ICC to prepare bowler-friendly pitches so that the game is balanced after a saliva ban on the ball. Pathan feels the game will be tilted in favour of the batsman if the bowlers are not able to use saliva to shine the ball. The former all-rounder added it is a combination of both swing and pace which causes trouble for the batters.

However, as use of saliva is banned by the ICC Cricket Committee, the bowlers will find it difficult to get conventional and reverse swing. The bowlers rely heavily on the use of saliva to keep one side of the ball shinier.

In fact, the ICC Cricket Committee led by former Indian spinner Anil Kumble has given a green signal to the use of sweat. Kumble added that it is only an interim measure which is taken to keep the risks at bay during Covid-19 era.

Meanwhile, we have generally noticed that the pitches generally favour the home side. The players are also more used to playing in their home conditions. Thus, it is imperative to keep the game in balance.

“You will have to make sure that pitches are more suitable to the bowlers than batsmen to negate the advantage (of not being able to use saliva). If you are not able to shine the ball properly, you will not be able to cut the air because of scientific reasons,” Pathan told PTI.

“And if you are not able to swing it, the batsman will have it easy because nobody fears just pace, it is the combination of pace and swing that troubles them.”

Meanwhile, Irfan Pathan believes the saliva ban will degrade bowler’s performance in the red-ball version. Pathan added that the bowlers don’t shine the ball a lot in white ball format because it hardly swings and the bowlers want to make the ball softer so that it becomes harder to hit for the batsman. However, in the Test fold, even the spinners need to use the saliva to shine the ball, which aids them in adding drift to the ball.

In fact, it is well known that the game is already tilted in favour of the batsman, and the saliva ban is going to add to the bowler’s trouble.

Pathan added that the pitches of England and Australia might not always have grass on them but they have the moisture, which helps the bowlers in swinging the ball.

In fact, the Australian pitches are known for their bounce and pace whereas England pitches generally offer swing because of the overcast conditions. Pathan feels such pitches should be made to keep the bowlers interested.