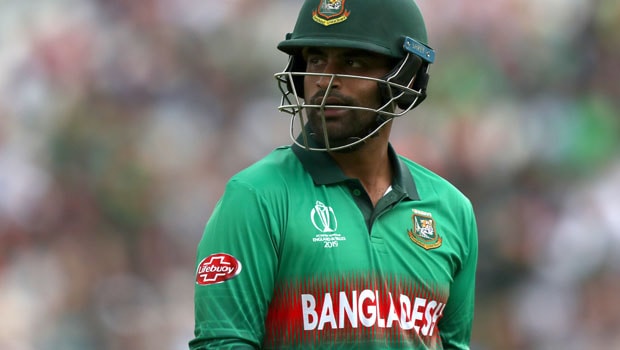 However, Ajmal was never able to dismiss Tamim in his career. The off-spinner had a potent ‘doosra’ under his belt and breathed down the neck of the world-class batsmen.

On the other hand, Morne Morkel used to trouble the opposition batsmen with the extra bounce he got because of his height and high-arm action. Morkel dismissed Tamim Iqbal on three occasions in the Test fold.

Meanwhile, Ravichandran Ashwin also has a lot of variations under his armour. Ashwin has enjoyed his time while bowling to the left-handers. The off-spinner had his wood on Tamim Iqbal as he dismissed him twice in Test fold and once each in ODI and T20I format.

“First I would talk about Saeed Ajmal. When he was at his prime, I couldn’t read his deliveries. I had plenty of troubles while playing him,” Tamim was quoted as saying in an interview with Daily Star.

“South Africa’s Morne Morkel was tough to face. Another one is Ravichandran Ashwin, who is one of the current players. Even he is difficult to read. I would like to take the names of these three cricketers as they are quality bowlers,” he added.

Tamim Iqbal is one of the most successful Bangladesh batsmen and he has been instrumental in the success of the team over the years. The left-hander has scored 4405 runs in 60 Test matches at an average of 38.64.

On the other side, the southpaw has amassed 7202 runs in 207 ODI matches at an average of 36.74. The 31-year old has scored 1758 runs in 78 T20I matches at an average of 24.08. The left-hander is the leading run-getter for Bangladesh across all the three forms of the game. The experienced batsman has played a key role in providing good starts to his team and he has remained a constant opener for a long time.