Team India composition will decide whether they will play Hanuma Vihari or Shreyas Iyer in South Africa: MSK Prasad 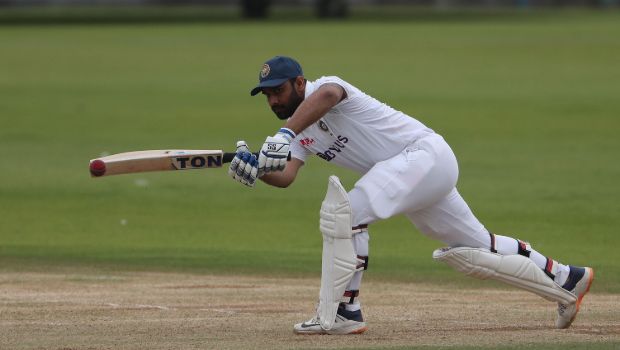 Hanuma Vihari has been backed by the team management in the overseas conditions but he played his last Test match against Australia in Sydney in 2020, where he helped the team in drawing the game along with Ravichandran Ashwin.

Vihari was surprisingly not included in the two-match Test series against New Zealand. However, the right-hander went on to tour South Africa with India A team. Vihari had a good run as he scored 227 runs in three unofficial matches at an impressive average of 75.67. Thus, Vihari must have gained a lot of confidence after performing well in the South African conditions, where the team is all set to tour.

On the other hand, Shreyas Iyer was able to grab his opportunity with both hands as he scored a fine century on his Test debut. Furthermore, he scored fifty in the second innings and became the first Indian player to score a hundred and a fifty on his Test debut. Iyer has been named in India’s Test squad for the series against South Africa and he is expected to get his chance at number five after proving his mettle in Indian conditions.

“First, of all, he was deserving of a place in the squad for the New Zealand series at home. I think since he was not going to get an opportunity, they would have sent him for India A tour. Now in the 2nd unofficial Test, he has hit two (three) half-centuries. Yes, having somebody who has done well in away series in England, Australia and West Indies. If you are looking at a youngster, then Hanuma Vihari should be played,” Prasad said while speaking to India Today.

“A lot depends on what they are expecting from the player, the role he is going to play. Hanuma Vihari is a guy who is solid in his technique. Similarly, Shreyas Iyer is someone who can bring in a little aggression. “So it all depends on the batting order and what kind of role that the team management expects of their middle-order batter. Based on that, one of them can be given an opportunity.”

Meanwhile, Mohammed Siraj has also impressed in his young Test career as he has scalped 33 wickets in 10 Test matches at an average of 27.7. Jasprit Bumrah and Mohammad Shami are expected to be India’s two fast bowlers while Siraj is deemed to play as a third pacer in the final XI.

“I think he is the third in the order and he is giving a run for the money for the 1st and 2nd slots (in the pace attack) also with the kind of performances he has put in. In all fairness, it will be Bumrah, Shami and Siraj will be the third pacer by default. Even the Indian team missed a trick by not playing in the first Test match (against New Zealand in Kanpur),” Prasad said.