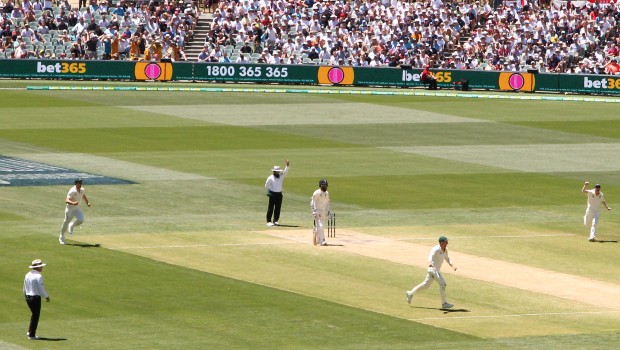 It is reported that Team India will quarantine at the Adelaide oval for two weeks for the forthcoming Australia tour. Earlier, BCCI president Sourav Ganguly had stated he wishes for a shorter quarantine period so that the players can train after reaching Australia.

However, Cricket Australia acting chief executive Nick Hockley has confirmed that the quarantine period can not be shortened and the visitors will need to self-isolate themselves for two weeks.

Hockley added they are trying to make sure that the tourists get the best training facilities in their quarantine period of two weeks. The Indian team will play the first Test match at the Gabba, Brisbane from December 3. Thus, they need to reach Australia at least 20 days prior to the first Test match.

It is reported that India is planning to travel on November 10 soon after the IPL final, which is expected to take place on November 8, though it is yet to be confirmed. The players would be tested for the Covid-19 before they could travel to Australia.

In fact, the quarantine period will allow the visitors to train at the Adelaide Oval and it will help them in getting acclimatized to the conditions. We have earlier seen that Team India has not reached the touring country before time, which hasn’t not allowed them to get used to the conditions.

Furthermore, Virat Kohli’s team will play a pink ball Test match at Adelaide Oval from December 11 and if they stay at the venue before the first Test match, it will be of great help to the tourists.

“The two-week quarantine is pretty well-defined,” Hockley told ESPNCricinfo. “What we are working on is making sure that even within that quarantine environment, the players have got the absolute best training facilities, so that their preparation for the matches is as optimal as it can possibly be. We’ll obviously take the guidance of the health experts and the authorities.

On the other hand, ICC also decided to postpone the 2020 T20 World Cup, which was slated to be hosted by Australia, to 2021. Hockley added that Cricket Australia is ready to host the event in 2021 and the plans are already in place.

The 2021 edition was to be hosted by India according to the original hosting rights but the ICC has not yet confirmed which country will host the event in 2021 and 2022. Both the T20 World Cups will be hosted in the October-November window.

India will host the 2023 World Cup in the October-November window.