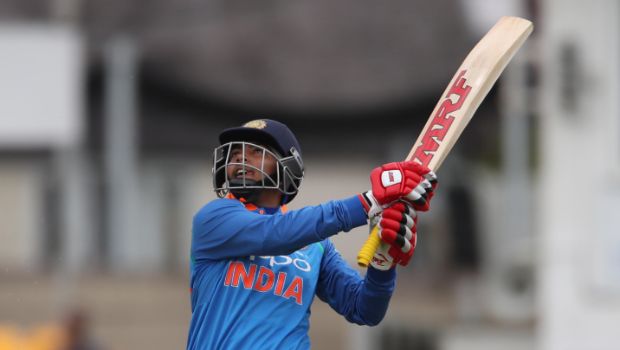 It has been reported that Team India wants Prithvi Shaw to replace Shubman Gill as opener for the forthcoming five-match Test series against England.

Shaw has been in prolific form in the recent past and he is currently in Sri Lanka for the limited-overs series.

On the other hand, Gill had suffered a serious internal injury in his left-leg during the World Test Championship final and he is expected to miss the first few Test matches against England.

India also has openers like Mayank Agarwal and KL Rahul and it has been reported that Abhimanyu Easwaran could be named as replacement for Shubman Gill.

However, the BCCI sources added that it would make more sense to send an in-form Prithvi Shaw to England than send Abhimanyu Easwaran, who played competitive cricket two seasons ago in the domestic circuit.

Meanwhile, Prithvi Shaw was dropped from the Test squad after he failed to deliver the goods in the first Test match against Australia in the pink-ball Test match. Shaw looked at sea while facing the new ball against the Australian pace battery but made a roaring comeback to form as he scored 827 runs in eight matches in the Vijay Hazare Trophy.

“Here’s a batsman in absolute form right now, playing an insignificant series (in Sri Lanka) while he can be in England and the team will have a cushion to fall back on. It’s been five days now and the selectors haven’t even blinked yet,” say sources following the developments as per Times of India.

Source added that it would make more sense to send Shaw for the five-match Test series against England instead of Abhimanyu Easwaran.

“As opposed to having to fall back on a batsman (Easwaran) who last played his part on the First Class circuit more than two seasons ago and haven’t seen much lately, wouldn’t it be wiser to have a batsman (Prithvi) who is in form and the elements of his battle are already well documented? The team knows Prithvi, understands Prithvi. If they think he should be in England then there is no reason why the BCCI should not send him.”

The Test series against England will begin from August 4 and it will be interesting to note BCCI’s final call on Shubman Gill’s replacement.