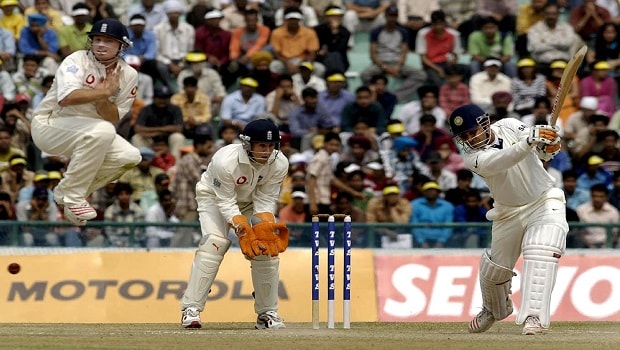 It is no more news that India had beaten Sri Lanka in the 2011 World Cup final to lift the trophy after over two decades.

The memory of the history still lingers in the mind of the India legend Sachin Tendulkar, and his prolific opening partner Virender Sehwag.

India won the competition after MS hit six from Nuwan Kulasekara’s ball. The former captain used the middle of his bat to hit the ball that disappeared into the smog-filled sky to the delight of India coach Ravi Shastri and the India squad.

The team also carried their hero, Tendulkar on their shoulders to appreciate the big hitter.
Speaking with TOI, Tendulkar, and Sehwag, relived those moments once again.

According to Tendulkar, the batting order didn’t change because Yuvi was in top form judging from his prolific performance in the quarterfinal of the tournament with MS Dhoni to come in at number 6 and Raina at 7.

India had a smooth run in the tournament, which raised their level of confidence and belief. So, all they needed, according to Sehwag, was got their basics right, and they did.

It could be recalled that Sri Lanka won the toss and chose to bat in the game. While fielding, Tendulkar noted that Zaheer was off to a good start, and Sehwag caught out Tharanga in an outstanding fashion. This the big hitter said charged up the game, and India restricted Sri Lanka to 274. He added that Mahela, who recorded 103 had put Sri Lanka in a good rhythm before he was dismissed.

Speaking on his bright start, Sehwag, with the hope that things would get better after Tendulkar was dismissed, revealed that there was an awkward silence in the room, and the incumbent captain Kohli went to the field to join Gautam Gambhir.

Tendulkar, who also relieved the moment he returned to the dressing room after he was caught out in the quarterfinal against Australia and was on the physio’s table with Sehwag next to him and no one moved. He added that at Wankhede, they coincidentally sat together again, and they decided not to go to the balcony and watch the game after he stopped Sehwag from doing so.

On the partnership between Gambhir and Kholi, Tendulkar said it was flourishing, and the team decided to go with the strategy, which made them be steps ahead of the opposition. This was based on his suggestion. He noted that Gambhir, who is a left-hander, gets out now Yuvi should be next, but Kohli, who is also a right-hander, gets dismissed, Dhoni should continue being a right-hander as well.

This strategy, according to Sehwag, worked, and the left-right combination flourished, which ultimately caught the Sri Lankans off guard.

In the final, Gambhir and Dhoni partnered and produced 97 and 91, respectively. Tendulkar described Gambhi’s knock as exemplary, adding that Dhoni’s finish was brilliant.
Dhoni’s last six gave India the win.