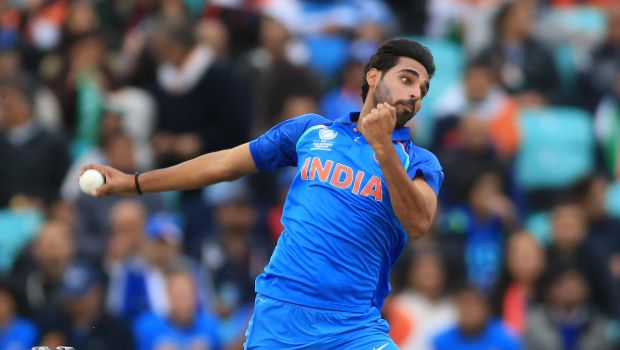 India’s limited-overs pack leader Bhuvneshwar Kumar made an impressive comeback after a long hiatus. Kumar was once again right on the money in the five-match T20I and three-match ODI series against England.

After ruling the limited-overs series against England, Bhuvneshwar Kumar will play for Sunrisers Hyderabad in the Indian Premier League. However, he revealed that he will prepare while keeping in mind the five-match Test series against England later in August. Kumar added that Test cricket is still his first priority and he wants to make a comeback into the red-ball team.

Kumar played his last Test match three years ago back in January 2018 against South Africa. Since then, he has troubled by a spate of injuries and he hasn’t been at his usual best.

“Of course, red-ball cricket is in my radar. I will prepare keeping the red ball in mind. Although what kind of team will be selected for Test matches is an entirely different scenario.

“My workload management and training during IPL will be keeping the red ball in mind because I know there’s a lot of Tests ahead and my priority still is Test cricket. So from my end, I will do everything to get ready for the Test series,” Kumar added.

The swing master added that he doesn’t want to make long-term plans as things haven’t gone his way in the last couple of years because of injuries and form. Kumar stated that he will try his best to keep his workload management in check.

“I have stopped making long-term plans as in the past when I have done that, things haven’t gone in my favour. Be it because of injury or form.

“But yes workload management is something, I will be seriously monitoring along with team management. So yes, since I was unfit for a long time, I had to ensure that I put a lot of emphasis on being fit. We have a lot of cricket ahead along with England tour, so I will try and keep myself fit,” Bhuvneshwar said.

Kumar has got the skills to move the ball both ways and he can play a key role in India’s success in the English conditions. India has a potent pace battery and Kumar’s presence will add value to the team.