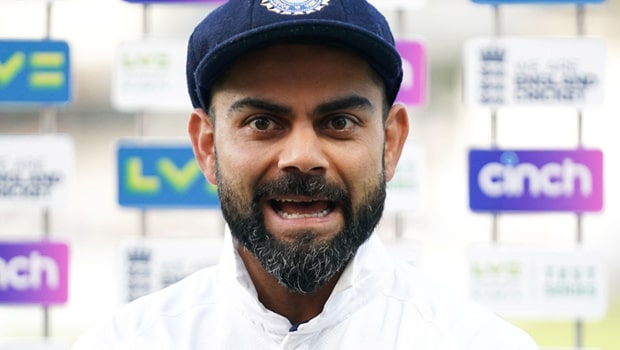 Former England skipper Kevin Pietersen has heaped praise on Indian captain Virat Kohli, who is known to put a lot of value on Test cricket. Kohli has always spoken highly of Test cricket and he has always put his weight behind the red-ball format. The Indian captain plays with a lot of passion and it is palpable in the way he goes about his business in the Test format.

Kohli is known to give more than 100% and he gives his all when he takes the field. The Indian captain has been a massive promoter of Test cricket, which is a great sign for the oldest format of the game.

Pietersen added that Kohli’s heroes are Sachin Tendulkar and Rahul Dravid and he tries to follow their footsteps.

“Knowing Virat Kohli the way that I do, I know the huge impetus he puts on following in the footsteps of his heroes. His heroes are Sachin Tendulkar, Rahul Dravid and other legends of Test match cricket. You can see by his enthusiasm, intensity, and the way he rallies his troops. Test cricket still means everything to him,” Pietersen wrote.

“Kohli knows that to be considered a legend of the game, he needs to deliver in this format as well as in T20. That’s why he puts so much importance on this format and at a time when Test cricket needs all the love it can get, how good is it to see a global superstar so passionate about it.

“He values his team producing in all conditions, and so to have watched his team win in Australia and then have gone one up in England with a victory at Lord’s will satisfy him hugely,” he added.

Meanwhile, Pietersen noted that it is not easy for the sub-continent team to savour success in English conditions. Mohammed Siraj bowled with a lot of fire and intensity on the final day of the Test match at Lord’s and scalped four wickets as India won by a massive margin of 151 runs.

“It’s very difficult for subcontinental teams to come to England and perform, but they would probably be 2-0 up after two matches if it weren’t for the rain at Trent Bridge. The way that Mohammed Siraj bowled on day five summed it up in intensity, heart and quality. It’s amazing for Test cricket that India who are the number one brand in the game are so vocal and so passionate about it. It all bodes well for the format,” Pietersen concluded.

On the other hand, Virat Kohli hasn’t been at his best with the bat and he will look to turn the tables in the upcoming three Test matches against England.