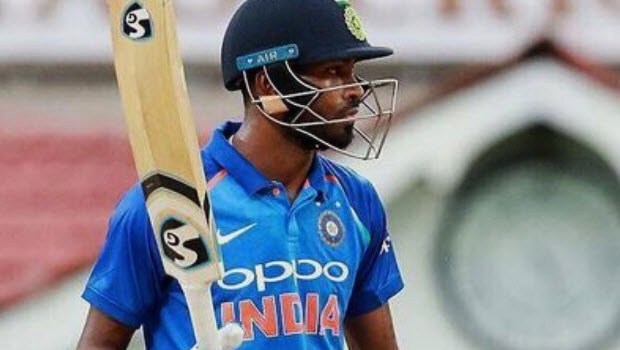 Hardik Pandya is probably in the best batting phase of his career. He had a superb IPL season and has now followed it up with match-winning efforts on this tour of Australia as well.

The India all-rounder finished as the highest run-getter in the ODI series against Australia with 210 runs to his name at an average of 105. It included two scores of 90 or more as well. In the T20Is, his knock of 42* at the SCG single-handedly helped them to chase down a steep target of 195.

Many experts like former Indian batsman Mohammad Kaif have opined that Hardik should be picked in Tests on the back of his white-ball form. But skipper Virat Kohli made it clear that Hardik has to be available as an all-rounder to be selected in Test cricket.

“Test cricket is a different challenge altogether. We need him to bowl, we’ve spoken to him about it. That’s when he becomes the one guy who brings a lot of balance for us if you’ve seen our cricket overseas as well. In South Africa and England as well, we were able to compete for longer periods in Test matches because he brought a lot of balance in terms of balance,” Kohli said at the post-match presentation of the third T20I.

Hardik underwent a back surgery last year and that’s why he hasn’t started bowling yet. It should take another couple of months before we can start watching him bowling regularly.

“He’s definitely in that zone where he wants to be stronger and iron out all his niggles. He wants to be available for India in all three disciplines and that’s always been his x-factor. In white-ball cricket, the way he’s striking the ball, we’ve found someone who can finish games consistently,” Kohli added.

“He himself wants to get back into the bowling space and then he becomes available as a pure allrounder in Tests which becomes way more important because over five days you need that little bit extra from a guy who can bat and ball. He understands that he’ll work really hard to come back the fittest that he’s ever been.”