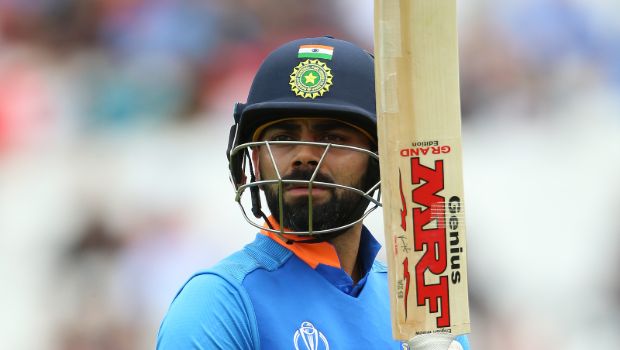 India’s veteran spinner Harbhajan Singh believes it will be a huge challenge for the team’s vice-captain Ajinkya Rahane in the absence of full-time skipper Virat Kohli.

Kohli will miss the last three Test matches of the tour as he will fly back to India to be with his wife for the birth of his first child.

Rahane will lead the team in the absence of Kohli and it is not going to be easy for the former. Kohli is aggressive in his approach whereas Rahane is known to lead with a calm mind on his shoulders. Harbhajan wants Rahane to back his own style of leadership and he doesn’t want him to copy Virat Kohli’s aggressive style.

Rahane has led India in two Test matches and has won both of them. In fact, Rahane had led the team in the series decider against Australia in the Dharamshala Test in 2017 and had taken the team to victory.

Furthermore, Rahane’s second win as a captain had come against Afghanistan. Thus, this will be the first time when he will lead the team in the overseas conditions.

However, Rahane’s form hasn’t been best in the last couple of years and he will look to turn the tables in Australia. The right-hander has scored 822 runs in 13 Test matches against Australia at an average of 37.36.

Harbhajan Singh said while talking to Sports Tak, “Yes, it will be a huge challenge for him because he has never captained for an entire tour earlier. He is a quiet person, not very expressive. He is very different from Virat Kohli. So, this will be a new experience for him and it will be the start of a new innings for him. I can only give him my best wishes and hope that he will score runs and take the team forward as well, the way Virat does, leading from the front.”

Rahane will look to lead with aplomb and he will hold the key for the Indian team. The right-hander has all the experience under his belt as he has played 65 Test matches and he is an integral part of the team in the Test matches.

Meanwhile, the first Test match of the series, which will be a Day-Night contest, will be played at Adelaide Oval from December 17.