Home » Cricket » That’s why the selectors have backed him: Sourav Ganguly opens on giving ODI captaincy to Rohit Sharma

That’s why the selectors have backed him: Sourav Ganguly opens on giving ODI captaincy to Rohit Sharma 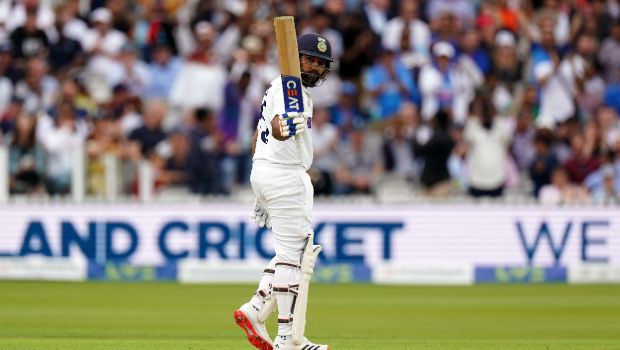 The Board of Control for Cricket in India president Sourav Ganguly has revealed why the national selectors decided to appoint Rohit Sharma as India’s new ODI captain.

As Virat Kohli decided to quit the T20I captaincy, the national selectors felt that it won’t make sense to have two white-ball skippers and thus decided to pass the ODI captaincy baton to Rohit Sharma.

Ganguly stated that Rohit has a phenomenal record as a white-ball captain and thus he has been handed over the responsibility of leading the team. Rohit has led Mumbai Indians to five IPL titles, which makes him the most successful captain in the tournament. Furthermore, Rohit had led India to triumph in the Asia Cup and Nidahas Trophy in the absence of Virat Kohli.

Rohit has a cool head on his shoulders and he is known to get the best out of the young players. Furthermore, Rohit has all the experience under his belt and he has got a great team, which can definitely go a long way.

“Of course. That’s why the selectors have backed him (on whether he is hopeful of Rohit leading the squad successfully). He will find a way to do well and I hope he does,” Ganguly told News18.

“His record for IPL (Mumbai Indians) is phenomenal… winning five titles. He captained India in Asia Cup a couple of years ago which India won as well, and India won without Kohli. To win a title without him spoke volumes of that team’s strength. So he has had success in big tournaments. He has a good team. So hopefully they can all turn it around,” the BCCI President said.

Rohit made a good start to his T20I captaincy as he led India to a 3-0 win over New Zealand after the team was knocked out in the Super 12 stage of the T20 World Cup. The rookie India captain will look to deliver the goods and the expectations are huge from him.

Rohit will begin his ODI captaincy campaign against South Africa in the three-match series.