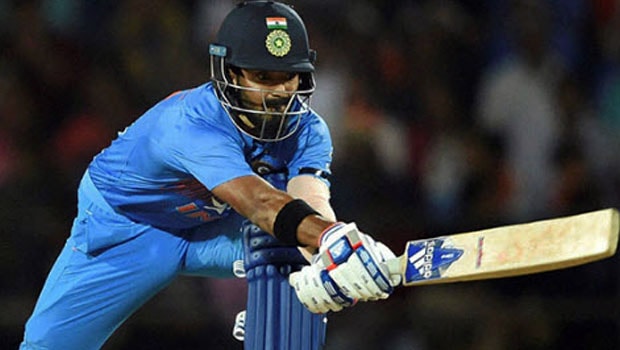 India’s white ball wicket-keeper batsman KL Rahul stated that the heartbreaking loss against New Zealand in the semi-final clash of the 2019 World Cup still haunts the team. The team was at his best in the tournament but the half-an-hour of poor play of Indian batting, went on to kick them out of the competition.

Virat Kohli’s led team had won all their league matches before the semis except for the one against eventual winners, England. In fact, India was the favourite to win the semi-final against the Kiwis.

The Men in Blue were on top after they had to chase only 240 runs against the Blackcaps. However, the team lost three early wickets in a jiffy which went on to put them behind the eight-ball.

Ravindra Jadeja and MS Dhoni helped the team in making a comeback but both of them were left with too much to do. Jadeja scored a blistering 77 whereas Dhoni added 50 but at the end India fell short by 18 runs.

KL Rahul said while talking to Suhail Chandhok on the Mind Behind, “It has to be the World Cup semi-final. I think most of us are still not over that loss, it still haunts us sometimes. I can’t imagine what the senior players must have felt but you know in a World Cup it just becomes even harder and knowing that we played so well in the entire tournament. Yeah, so I still wake up to that nightmare sometimes!”

Rahul could only score a solitary run in that match and after his dismissal, India was left tottering at 5-3. New Zealand were right on top after the first 30 minutes of India’s batting innings and it was very difficult to make a comeback after early set back.

On the other hand, Rahul has been in prime form in the recent past. The flamboyant right-hander had scored 224 runs in five T20I matches against New Zealand and thus was awarded the Player of the series.

Meanwhile, Rahul also picked Virat Kohli to bat for his life. The Karnataka batsman shares a great bonhomie with his skipper and added Kohli is the best in the business.

Rahul said, “I’ll go with Virat (Kohli) because I know, everybody knows he is a great player. We share a great friendship and he will give it all to save my life.”

KL Rahul has scored 1239 runs in 32 ODIs at an average of 47.65 whereas he has accumulated 1461 runs in 42 T20Is at 45.65. Rahul has been in sublime form and it was surprising not to see him in the two-match Test series against New Zealand. He has also done a fine job behind the stumps in white ball format and he will lead Kings XI Punjab in the IPL, if the tournament happens.