The Ashes: Jos Buttler out of fifth Test match due to finger injury, confirms Joe Root 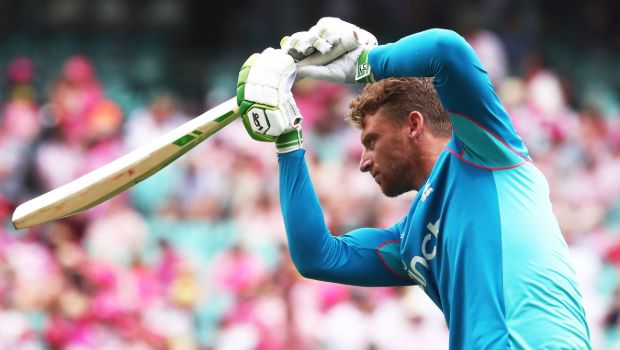 England’s captain Joe Root has confirmed Jos Buttler will return back to England and he has been ruled out of the fifth Test match due to a finger injury.

Buttler suffered a blow to his hand in the fourth Ashes Test match against Australia at the Sydney Cricket Ground.

Buttler also didn’t kept the wickets in the second innings and Ollie Pope had taken the wicket-keeping duties in his absence. Thus, England have added Sam Billings as cover for the fifth Ashes Test match and the 30-year is currently completing his quarantine.

“We’ll have to make some further assessments but Jos Buttler’s going to have to fly home and won’t take any further part on the tour,” Root told a news conference.

Meanwhile, England have a lot of injury woes as Ben Stokes is suffering from a side strain whereas Jonny Bairstow was struck on his finger in the first innings by Mitchell Starc. However, England’s veteran fast bowler James Anderson has revealed that Stokes is keen to play the fifth Test match despite his injury.

On the other hand, England were able to draw the fourth Test match as they kept the Australian bowlers at bay. Bairstow, Stokes, Zak Crawley and Jack Leach played a crucial role in the second innings to help the tourists eke out a draw. Root was delighted with the gritty team effort in the second dig.

“I think a lot of the guys could see a number of players hurting physically, and still putting in a huge amount and in many ways, it lifted the rest of the group,” said Root.

“It’s a small step forward…to be able to sit here having drawn (the match) was always going to take a good performance and I’m really proud of the way the guys dug in, and managed to do that.”

“Clearly a lot of emotion knocking around, a big sense of pride. It’s an overwhelming feeling at the moment…”

The fifth Test match will be played at Hobart from January 14.