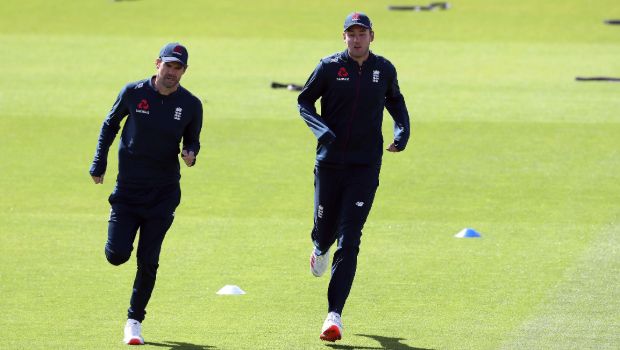 Anderson was sidelined from the first Ashes Test due to a calf issue and the English think tank wanted to manage his workload.

On the other hand, Stuart Broad was part of England’s 12-man squad for the opening Test match at the Gabba, Brisbane but the visitors decided to rest him and played with Olle Robinson, Chris Woakes, and Mark Wood as the three fast bowlers.

It was surprising that England decided to rest their experienced pacers in the very first Test match of the iconic series. Broad had breathed down the neck of David Warner in the previous Ashes series and it was surprising to note his omission.

Speaking to Fox Cricket, Warne said, “It’s huge. It’s one of those things, you would have thought the think tank of the England squad would have been, ‘Let’s hit Australia first up’. It looks overcast at the Gabba, the pitch looks green, Anderson and Broad together, strike while the iron’s hot. Broad’s had the wood on Warner so if I was going to rest them and keep them for as many Test matches as you can, play them in the first couple.”

Meanwhile, India had defeated Australia at the Gabba, Brisbane in the 2020-21 series, and Warne feels England had a great opportunity to hit Australia between the eyes in the Ashes opener.

“I would have thought play the Gabba, play at Adelaide, and then if you have to mix and match a bit and rest and rotate, then so be it. Australia lost a Test at the Gabba last summer (against India) for the first time in over 30 years, I would have been hitting them right between the eyes with Anderson and Broad but unfortunately, they (England) have decided to rest them.”

On the other hand, England was bundled out for a below-par score of 147 runs after Joe Root won the toss and decided to bat first as Pat Cummins scalped a five-wicket haul on his captaincy debut. Thus, there will be pressure on England fast bowlers to dismiss Australia cheaply on the second day if the visitors are to make a comeback in the first Test..