The Ashes: We will keep fighting – Ollie Pope after England’s horrid opening day 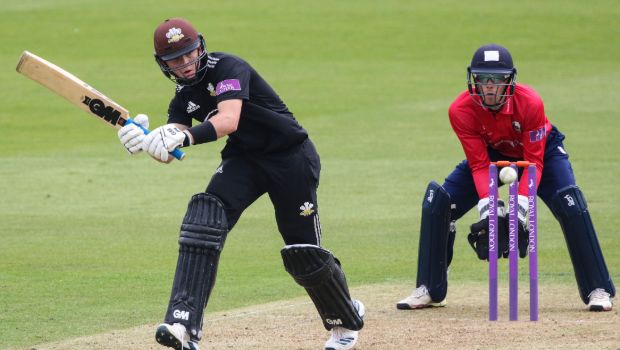 England’s batting unit was blown away by Pat Cummins and Co. on the opening day of the first Ashes 2021 Test as they were skittled out for a paltry score of 147 runs.

England skipper Joe Root won the toss and decided to bat first, which was always going to be challenging for the English batters on a green pitch of Gabba, Brisbane.

Australia have put their noses in front and the hosts will look to take a lead in the first innings. Furthermore, England are not playing their two veteran fast bowlers – James Anderson and Stuart Broad.

England’s middle-order batter Ollie Pope who scored a vital knock of 35 runs for the tourists stated that they will keep fighting in the Test match. Pope said that both the teams are yet to bat in their first innings and they will look to bundle out Australia for a meagre score.

On the other hand, Australia got off to an ideal start as Mitchell Starc dismissed Rory Burns on the first ball he bowled and became the second bowler in the Ashes history to do so. Burns admitted that the first-ball wicket did put the visitors under the pump.

“It was always going to nip around a bit early, and with the extra bounce it created edges, but if we’d managed to get through that first two hours one down, for example, we could have made the most of the softer ball and a slower pitch today.

“I wouldn’t look too much at the toss we just had to execute in the first couple of hours of the game. We had the quality in the side to score the runs we needed,” Pope added.

“We’ll keep fighting and we have to see both sides bat on this wicket. We don’t know how it’s going to react tomorrow and we’ll come back stronger.’

“It wasn’t the end result we wanted. We’re not going to get too down about it but it’s a disappointing start,” Pope further said.

It will be imperative for England to make a solid comeback after poor performance with the bat. Ollie Pope and Jos Buttler added 52 runs for the sixth wicket but apart from that the visitors failed to get going.

On the other hand, Pat Cummins scalped a five-wicket haul on his Test captaincy debut while Josh Hazlewood and Mitchell Starc took two wickets apiece.