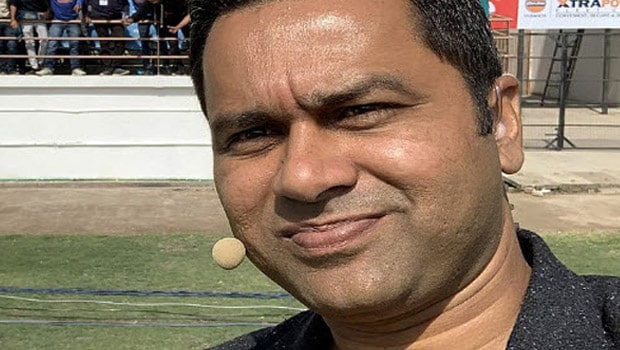 Former Indian cricketer Aakash Chopra dissects Indian cricket team’s lack of all rounders in the starting eleven and feels that the emergence of side arm bowlers have meant  that batters dont ball in the nets and that has impacted the lack of part-timers in the team.

Recently Sanju Samson’s exclusion in the second ODI against New Zealand was justified by saying that the team lacks a sixth bowling option as Deepak Hooda replaced him in the lineup to add more bowling depth. While the game was called off due to rain, the decision to bench Sanju Samson again in a series like this was very baffling for the fans.

Speaking on the issue, Aakash Chopra lashed out at the Indian batters claiming that they dont bowl whereas the likes of Yuvraj Singh, Virender Sehwag and Sachin Tendulkar always used to bowl in the nets. He shared the current tradition of batters and felt that was the reason for lack of bowling options in the team.

“Why do our batters don’t bowl? The likes of Yuvraj Singh, Virender Sehwag and Sachin Tendulkar used to bowl but now no one bowls. The batters have completely stopped bowling in the nets, they either bat or field and then they leave. So it is a big problem.”

He also added how the Indian team always take four or more net bowlers and side arm specialist and hence the batters are not picking up the ball in the nets and it is very concerning for Indian cricket. “Now the Indian team takes four net bowlers along with them everywhere and then there are two who throw with the side-arm. So the bowlers’ batting is improving because they bat against the side-armers, both the batters and bowlers are doing the same thing,” the former India opener added.

While countries like England, Australia and even New Zealand have some great allrounder players who can do a bit of both at the highest level, India have very few players of that skill set. While Hardik Pandya surely has made a name for himself with his exceptional allround abilities, Chopra feels it is a cultural thing of excelling in one primary job and not bothering about other things.

He shared how Indians are focused on one goal and destination and spend time achieving it, rather than trying out different things and getting successful in different aspects.

“We are a part of a race and we are asked to run towards one destination, you don’t have the option to do multiple things. You will find Jonty Rhodes, Ellyse Perry and a lot of such examples who have excelled in multiple sports but in our place, only one sport and one discipline in that,” Chopra explained.