Home » Cricket » The best in the business in the final five overs in the IPL: Brad Hogg on AB de Villiers

The best in the business in the final five overs in the IPL: Brad Hogg on AB de Villiers 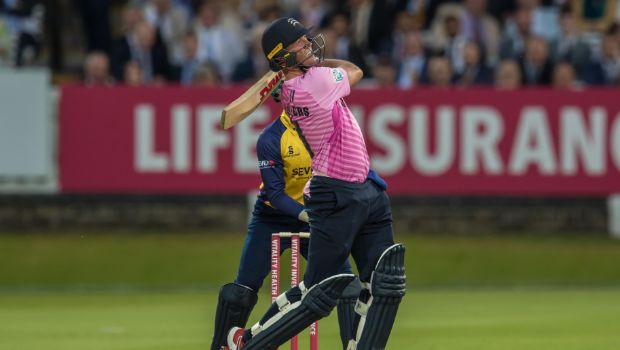 Former Australian chinaman spinner Brad Hogg heaped praise on AB de Villiers, who announced his retirement from all forms of cricket on Friday.

Hogg hailed AB de Villiers and stated that he was the best in the business in the final five overs in the Indian Premier League.

AB de Villiers scored his runs at a strike rate of 151.69 in the IPL and he was one of the most dangerous batters of his generation. In fact, the right-hander had a strike rate of 223 from over 16 to 20 in the lucrative Twenty20 league. De Villiers had all the shots in his repertoire and had the skills to torment the best of the bowlers in the tourney.

Hogg said on his YouTube channel: “What a player. He was brilliant for South Africa across formats, but in the IPL he was sensational. He and Virat Kohli carried that RCB batting line-up. He was the best in the business in the final five overs in the IPL. He had a strike rate of 223 in that period. The range of shots that he had – the ramps, the drives down the ground, the pull shot, the cuts and the reverse sweep. He had everything.”

Hogg added that AB de Villiers had a great ability to find the gaps and always played his shots with guile. The former South African skipper had the skills to find the fence at will and was known to make the most of the final few overs.

“When he wanted to go over the top for those sixes, he wasn’t just trying to hit over that outfield, he was trying to hit the gaps as well. If he mistimed it, he still gave himself a chance of getting a four. His ability to hit the gaps while going for the sixes separated him from the rest. The other batters were not so articulate when it came to playing those big strokes.”

There is no doubt that AB de Villiers will always be remembered as the most influential and gifted player of his generation as he had all the shots in the book and there was hardly any chink in his armor.