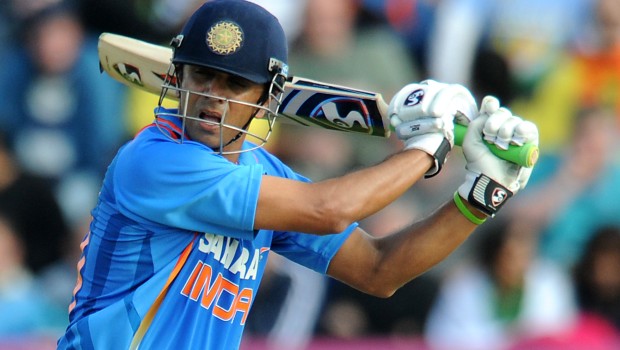 The win in the 2001 Kolkata Test against Australia is regarded as one of the biggest wins of Indian cricket. That famous triumph was instrumental in turning the tide for the Indian team and the kind of confidence it gave to the team was immense.

There were three main heroes in that match – VVS Laxman, who scored a tour de force of 281 runs, Rahul Dravid, who scored a resilient 180 and Harbhajan Singh who scalped 13 wickets in the match, including a hat-trick. Dravid reveals there was one more such hero.

India registered a famous win of 171 runs and became only the second team in Test history to win a match after being asked to follow on. On the other hand, it is an adage that the crowd plays the role of the 12th man for the team. One of the heroes of the Kolkata Test, Rahul Dravid believes the crowd played a big role in helping the team go all the way.

Dravid added that the atmosphere at the stadium was electric and helped India push themselves to the limit. The home side got the backing from the spectators to write one of the golden pages in the annals of Indian cricket folklore.

Dravid feels the crowd was cheering the team after every ball when the victory was at an arm’s length, post the Tea. Harbhajan scalped six wickets in the second dig whereas Sachin Tendulkar, who didn’t contribute much with the bat, took three wickets.

“The atmosphere on the last day, after tea, was the time when we were trying to take wickets,” Dravid said on Star Sports‘ Kolkata 2001-Dravid & Laxman Special show. “Harbhajan Singh was bowling and wickets were falling. The support from the crowd was incredible. The crowd at Eden Gardens helped us win the 2001 Kolkata Test. That support, encouragement and cheer after every ball, I remember it till now and I can still feel that.”

“There are not many things I remember about my career, but one of the occasions was after tea, the atmosphere and intensity at the ground, that’s why it’s great to see a full stadium here at Eden Gardens. That’s an experience every cricketer must experience,” he added.

India had their backs against the wall after they were skittled out for 171 runs in reply to Australia’s 445 in the first innings. Steve Waugh decided to enforce the follow-on with the huge lead in hand.

Subsequently, Dravid and Laxman joined forces to put together one of the best alliances in the red-ball version. The right-handers added 376 runs and batted undefeated on Day four to take India to 657 runs in the second essay.

Australia had to chase an imposing target of 384 and there was only one team who had a chance to win from there on. The visitors were bundled out for 212 runs and India was able to level the series 1-1.