The Curious Case of Bhuvneshwar Kumar 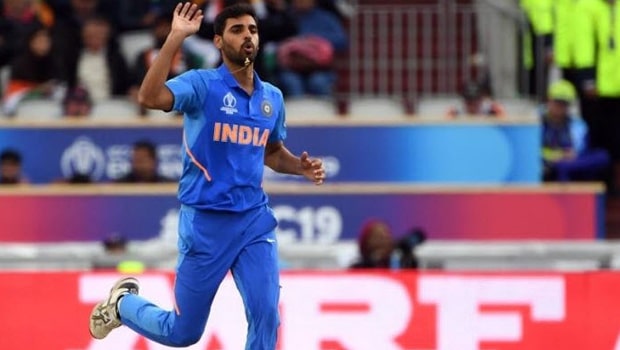 18 months back, Bhuvneshwar Kumar was having a great time in South Africa when he was shutting up critics and proving everyone wrong with his performances in conditions which challenged his natural style of bowling.

To most people, he was more of a swing bowler who depended on conditions to deliver with the ball. Indian skipper Virat Kohli (for more Virat Kohli news) had dropped him for the second Test against South Africa even though he had racked up six wickets in the first Test that India lost.

The reason given for his ouster was the usual “conditions don’t suit him” comment once again. Dropping him didn’t prove to be fruitful anyway as India lost that match as well. That loss forced them to bring him back into the XI for the third Test at Johannesburg. And India walked out victorious in that very match with Bhuvneshwar’s contributions at the core of their win.

Not only he registered bowling figures of 3/44 and 1/39, Bhuvneshwar also scored 30 and 33 with the bat under pressure on a pitch which was a nightmare for the batsmen. He was deservedly adjudged the Man-of-the-match as well. However, it turned out to be the last Test match he has played till date.

India have played 14 Tests since then and Bhuvneshwar hasn’t featured in any of them. Things have changed so much that he isn’t even in the squad for the upcoming Test series against South Africa.

So, what has been the reason for which selectors have consistently overlooked him from Test cricket games?

The answer could be given in just one word. Fitness.

Bhuvneshwar had followed up his heroics in the Johannesburg Test with seven wickets in the three-match T20I series in England. However, a back injury which had been troubling him since the last edition of the Indian T20 League forced him to walk off the field in the third ODI against England at Leeds.

He underwent a two-month rehabilitation procedure after that and was seen back in full rhythm in international cricket during the Asia Cup in the UAE in September. With six wickets in five innings at an economy rate of just 4.19, Bhuvneshwar looked all set to make his presence felt once again.

He featured regularly in the limited-overs series against the West Indies at home, against Australia at home and away, and against New Zealand away from home as well.

However, when it came to playing in the Tests, he was rested during the home series against the West Indies cricket team. Even though he was a part of the Test squad for the series down under, Bhuvneshwar didn’t feature in any of them.

Another bout of injury during the World Cup meant he was having fitness issues frequently. He performed well once again in the subsequent ODI series during the tour of West Indies as well but the management had become too concerned about managing his workload, which meant he was out of the Test squad against the West Indies too.

When Jasprit Bumrah got injured, the selectors and the management could have chosen to recall Bhuvneshwar for this upcoming home Test series against the Proteas. But they preferred to call up Umesh Yadav instead, and that sends out a clear signal about their plans for Bhuvneshwar.

As of now, India have the likes of Umesh Yadav and Navdeep Saini as the reserve pacers in Tests in addition to the first team trio of Bumrah, Ishant and Shami. They have the likes of Deepak Chahar and Khaleel Ahmed as well as far as T20Is are concerned. Now that leaves Bhuvneshwar to play in the ODIs only. And if the likes of Chahar and Khaleel come up with good performances in the T20Is, it’s more than certain that they will get the nod ahead of Bhuvneshwar in the ODIs as well. So it remains to be seen where the road ahead leads Bhuvneshwar to. (click for more India national cricket team news)