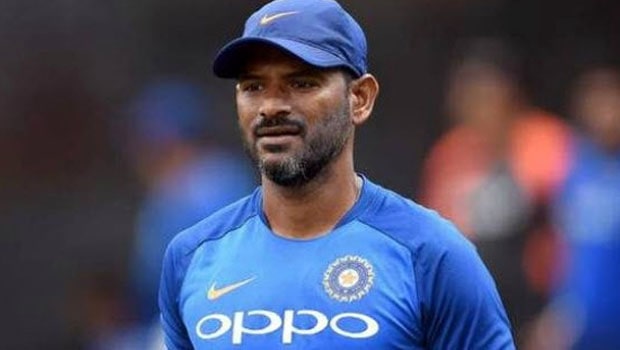 India’s fielding coach R Sridhar has heaped praise on India’s batting for delivering the goods against a quality bowling line-up of Australia. The visitors were skittled out for a paltry score of 36 runs in the Adelaide Test match but they made a roaring comeback. Ajinkya Rahane led from the front as he scored a majestic knock of 112 runs in the MCG Test match.

In fact, the pitches for the first two Test matches were difficult as there was a lot of movement on offer for the bowlers. However, the Indian batting came up with a collective effort in the second Test match.

Gill once again impressed in the Brisbane Test whereas Rishabh Pant added the finishing touches to the run chase. Rohit Sharma also played a key role in providing good starts to the team with his partner Gill. Pujara was rock solid in the middle whereas Rahane was the fulcrum of the batting order.

In fact, Australian bowlers have all the experience under their belt and they are a force to reckon with in their own conditions. However, the Indian batsmen were up to their task despite the absence of their best batsman in Virat Kohli.

“I’m telling you, the batters who played in this series… the quality of bowling they faced was unimaginable.

“When you invest in these players, and they go out and play, whether they get runs or not, the experience they got and the confidence they’ll get is something unimaginable,” R Sridhar told Cricketnext.

Sridhar added that Rahane’s match-winning knock at the MCG is one of the most epic knocks in the history of Indian cricket. Rahane batted at the top of his game and played a key part in the team’s lead of 131 runs.

“Playing Australia in Australia… like I told Ashwin in Kutti Story (Ashwin’s YouTube series), Ajinkya’s century in Melbourne will go down as one of the most epic knocks because, for the first three hours, it was English conditions on an Australian pitch. It was unbelievable. Cloudy, ball jagging around… bowlers at 145+. Ajinkya’s 100 is so so so special. 1033 wickets between the Australian bowlers. And I hear their record in Australia is better than McGrath, Gillespie, Warne and Brett Lee.”

The Indian team also showed great courage against a relentless Australian attack as they had put their bodies on the line. A lot of credit should go to batsmen like Hanuma Vihari, Ravichandran Ashwin, and Cheteshwar Pujara.