Home » Cricket » The retention of Sanju Samson was a no brainer, says Kumar Sangakkara

The retention of Sanju Samson was a no brainer, says Kumar Sangakkara 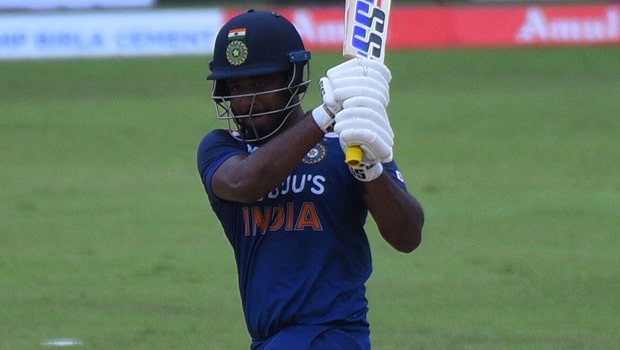 Rajasthan Royals’ Director of Cricket Kumar Sangakkara mentioned that retaining Sanju Samson was a ‘no brainer’ in a video posted by the franchise. He believes that Samson is the long-term leader of the team and adds a lot of value to the team.

“We worked really hard in terms of working with our newly-formed data analytics team, with the help of all our partners in India and in the US. We finally decided, of course Sanju Samson, it was a no-brainer in terms of being our captain, number one, he is going to be the long-term leader of this unit of Rajasthan Royals.

“He is an exceptional player and he has shown time and time again what a wonderful asset he has been for RR,” said Sangakkara.

Rajasthan Royals also decided young batter Yashasvi Jaiswal. This came as a surprise to many as there were many other high-profile players in the team such as Ben Stokes, Chris Morris and Jofra Archer. Even Indian youngsters like Riyan Parag and Kartik Tyagi have seen more prominence at RR than Jaiswal.

Sharing the mindset behind his retention, the legendary former Sri Lankan captain added, “We have retained Yashasvi Jaiswal, the young Indian opener, an absolute star in the making, he had a very very good season pre-retention, extremely talented. He is a very very quick learner, he is a hard worker and he will be our uncapped retention.”

Jos Buttler, on the other hand, needs little to no introduction. He’s one of the most feared white-ball batters in the world. Buttler had scored a century in IPL 2021 and even got another ton at the recent T20 World Cup in UAE. Buttler is also an excellent wicket-keeper and has a lot of experience playing cricket at the highest level.

“In terms of the sole international retention we have gone with Jos Buttler. Again, phenomenal player. Everyone in the world knows what he can do, whether at the top of the order or middle order or wherever he plays. He is an exceptional match winner,” said Sangakkara.

The Rajasthan Royals Director of Cricket also talked about letting players like Jofra Archer and Ben Stokes go. RR’s decision to not name a fourth retention choice was questioned by both fans and experts.

“It was quite a tough choice for all of us to sit down and run through the names, the options, the auction nitty gritty in terms of managing our retention and our purse, what the best options and permutations were,” he concluded.