Home » Cricket » “The way he reads the game is his skill”: KL Rahul praises Prasidh Krishna after a remarkable debut

“The way he reads the game is his skill”: KL Rahul praises Prasidh Krishna after a remarkable debut 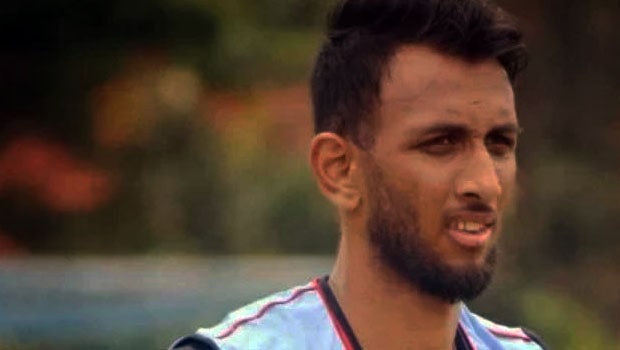 Prasidh Krishna made quite the impression on his international debut and went on the become the first Indian bowler to register a four-wicket-haul on his ODI debut. Speaking to the press, Krishna’s Karnataka captain KL Rahul praised his efforts and went on to add that it was only a matter of time before the pacer would’ve donned the national colours.

He revealed the he wasn’t exactly surprised by his debut performance since he has seen Prasidh bowl up close. “Quite honestly, I am not surprised by how he performed. I was confident that the next player who is going to come up from Karnataka, will be him.

Having watched him in the nets, he is someone who catches your eye. He is a brave boy.

“He has a great sense of the game. The way he reads the game is his skill. He is a keen learner,” Rahul said in the press conference ahead of the second ODI.

It must be added that the fast bowler from Karnataka had a roller-coaster of a ride during the first ODI. In his first spell, Jason Roy and Jonny Bairstow took the rookie to the cleaners. Krishna conceded 41 runs in his first 19 deliveries in international cricket.

However, not one to be let down by the disappointment, he returned strongly and broke the formidable opening stand between Roy and Baistow to give India its first breakthrough. Krishna continued to trouble the English batsmen in his second spell and kept on picking wickets.

Along with Shardul Thakur, he led the Indian bowling unit and managed to foil England’s plans for the run-chase. He went on to finish with figures of 4 for 54 in 8.1 overs and broke a 28-year-old record for the most impressive ODI debut bowling performance by an Indian.

KL Rahul was happy about the way Krishna managed to come back into the game and praised his aggression and determination. He even went on to add that the debutant managed to give a few words back to the English batsmen, which just goes on to show his confidence.

“He comes out very aggressive. In the last game also, he was not shying away from giving it back to the batsman. He enjoys being in the contest, which is something I like about him. He wasn’t overwhelmed by the stage. The way he came back after the first three overs, got us two crucial wickets. These are the qualities that we need as a team. If he works harder, then he can be a great asset for Indian cricket,” concluded Rahul.