There are times when strike rate hardly matters – Cheteshwar Pujara 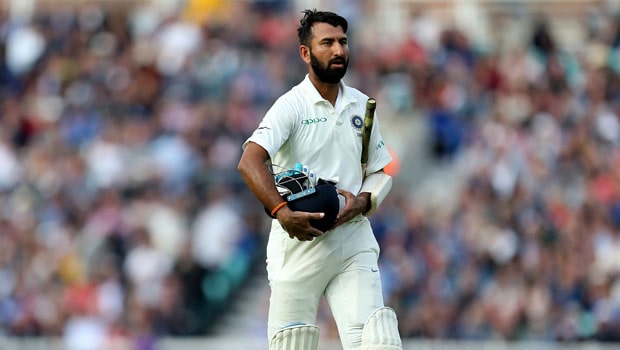 India’s rock-solid batsman Cheteshwar Pujara believes there are times when the strike rate hardly matters. Pujara had come under the scrutiny as some of the former players like Ricky Ponting had questioned his intent at the crease. The right-hander had faced 205 balls to score 77 runs in the second innings of the Sydney Test match and many feel that the visitors could have gone on to win the third Test match had Pujara batted a bit more aggressively.

Pujara then faced 211 balls to score 56 runs in the second innings of the Gabba Test and took as many as 11 blows on his body. The right-hander played a key role in the run chase as he was successful in holding one end up and didn’t give any opening to the Australian bowlers.

Pujara’s strike rate throughout the four-match Test series was 29.20 but he was able to do his role. The right-hander played a key role in nullifying the effect of the new ball and made life easier for the following batsmen. Pujara has been given a role by the team management and he was able to do justice to do that role.

Pujara told PTI, “There are times when strike rate hardly matters. Every batter has a role to play. The team management completely understands that. Whether it was Ravi Bhai (coach) or Vicky bhai (batting coach) or Ajinkya, they just told me to keep batting the way I bat.

“The batting coach also mentioned that Aussies were not giving anything away. So, it wasn’t that I wasn’t batting well but they hardly bowled any loose balls. I had to take extra time to score those runs. I always saw the bigger picture because I knew that it would be tough for the bowlers to run through the side if I was around at the other end.”

Pujara is known for his defensive skills and he is not someone who will hit the ground running. The right-hander generally improves his strike rate once he gets past the 50-run mark but he was kept on a leash by the Australian bowlers in the recently concluded series.

Furthermore, Pujara didn’t have enough match practice before the Australian tour as he doesn’t play IPL and he is also not part of India’s limited-overs team. Moreover, there were no first-class matches due to Covid-19.

Pujara will look to deliver the goods in the upcoming series against England. The first Test match will take place at the MA Chidambaram Stadium, Chennai from February 5.