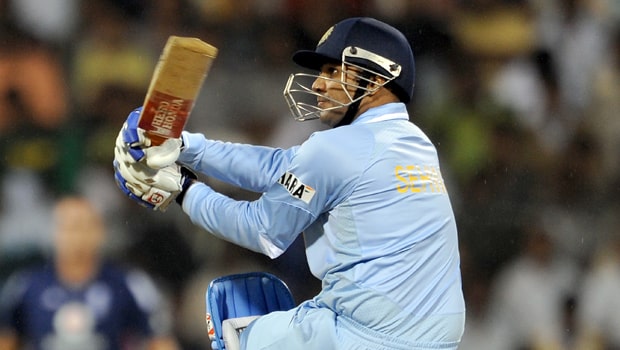 Former Indian opener Gautam Gambhir reckons that there is no comparison for Virender Sehwag’s impact in any format at the top of the order. It is well known that Sehwag was not naturally an opener and it was former skipper Sourav Ganguly’s idea to promote him to the opening slot.

Sehwag was able to grab his opportunity while opening the batting and made a huge impact at the top of the order. The right-hander from Delhi, was known to take the attack on the opposition and hardly gave a chance to the opposition bowlers to get settled.

The attacking batsman was able to make the most of his skills and took the game away from the opposition with his blistering batting. Sehwag was known to change the game with his explosive batting and he would go on to score big runs in the Test matches, including two triple centuries. The right-hander was consistent throughout his careers and the numbers he produced are a testimony of the same.

Sehwag’s staggering strike rate goes to show that he loved taking the attack to the opposition and he followed a simple mantra of ‘see the ball, hit the ball. In fact, a lot of cricket boffins thought that Sehwag might not achieve great success at the Test level because he doesn’t have the footwork but he was not able to prove them wrong.

Sehwag was instrumental in giving a flying start to the Indian team and thus the side were able to put their noses ahead.

Gambhir believes Sehwag is the most successful Test opener India has ever had after the legendary Sunil Gavaskar.

Gautam Gambhir said while talking to Star Sports Cricket Connected, “From the point of view of impact, I don’t think there is any comparison for him in any format at the top of the order.”

Gambhir, who opened with Sehwag, added that it was impossible to copy Sehwag’s mindset as it was natural for him.