Home » Cricket » There is no one like MS Dhoni, says former head coach Ravi Shastri 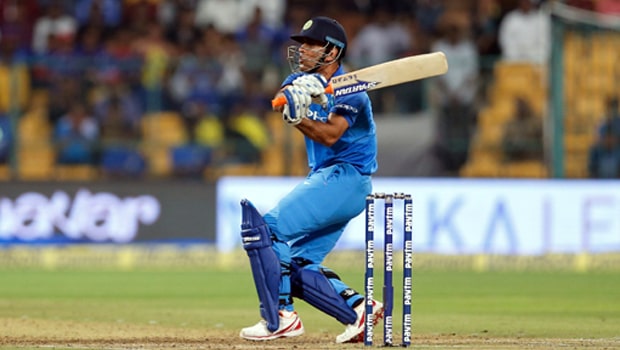 Mahendra Singh Dhoni has left a unique legacy in Indian cricket which will be difficult, if not impossible, for anyone else to repeat. Cricketers, both past and present, have always spoken highly of Dhoni’s brilliance, tactics and persona. Former Indian head coach Ravi Shastri has become the latest to join that list and harped plenty of praise on the veteran cricketer.

Ravi Shastri has worked extensively with MS Dhoni during his tenures as head coach of the national side as well as team manager. Dhoni is India’s most successful captain in history and led the Men in Blue to triumph in all three ICC tournaments – World T20, World Cup and Champions Trophy. However, what appealed to people the most was his calm and grounded personality.

Shedding light on the topic, Shastri added that he has never seen Dhoni getting angry and the results hardly made a difference to the way he approached the sport. “Even if he scores a zero, or scores a hundred, or win the World Cup, or lose in the first round, it doesn’t make a difference to him. I have seen a lot of cricketers, but there is no one like him. Even Sachin Tendulkar has a fantastic temperament, but he sometimes gets angry. But Dhoni doesn’t,” Shastri told Shoaib Akhtar on the Pakistan cricketer’s YouTube channel.

MS Dhoni hung up his boots from international cricket in August 2020 but he continues to captain Chennai Super Kings in the Indian Premier League, leading them to glory once again last season. He has been retained by CSK once again heading into IPL 2022.

Ravi Shastri also contrasted the difference between Dhoni and Kohli who have both led Team India over the last decade. Although the 33-year-old may be passionate and intense on the field, he’s a completely different person off the field.

“Virat is like a beast on the field, once he steps on the field, he just wants to compete and he does not care about anything else. But, completely opposite off the field, absolutely calm and chill,” said Shastri.