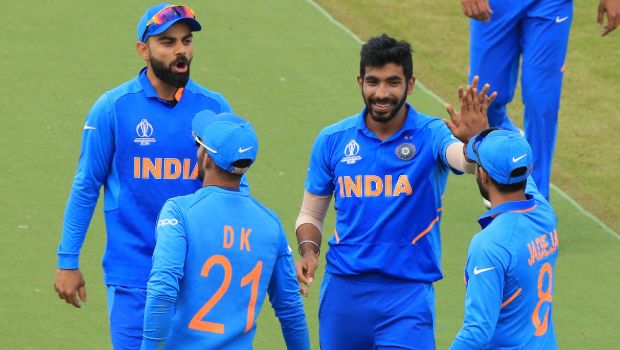 Former Australian spinner Brad Hogg reckons India will be labeled as one of the great teams on Earth if they manage to win the Test series in South Africa.

India has never savored success on South African soil in the Test format and they had taken the first step towards history after winning the opening Test at SuperSport, Centurion.

The current Indian team has beaten Australia twice in their last two tours and had also taken a 2-1 lead against England in 2021. Thus, the Virat Kohli-led has been consistent in foreign conditions and has proved its mettle in the tough conditions.

On the other hand, West Indies and Australia are considered to be the best teams to have ever played the game as they dominated the game for almost 15 years. West Indies were at their absolute best from 1975 to 1990 while the Australians dominated from the late 90s to early 2000s.

Speaking on his YouTube channel, Hogg said: “India just won in South Africa in the Boxing Day Test, if India win one out of the remaining two Test matches, they are definitely the best team in the world at the moment. India are going to be labeled as one of the great teams that have been on Earth. Like Australia in the 2000s and West Indies in the late 70s and early 80s.”

Hogg added that India is currently the best team as they are coming up with consistent performances while traveling abroad. Team India has been at their best in the tough conditions and a lot of credit goes to their potent pace battery for their overseas success.

Hogg said: “India are the best team because they are dominating when they travel. They annihilated England on English soil. They should have had that series against England done and dusted being 3-1 up. England had no answers for them. England were too worried about The Hundred competition, getting the big stars to play there.”

He added: “Well, we’re in different times, there’s a pandemic, you have to adjust and be hospitable to the visitors. If that Test match does not get rescheduled, I don’t think anyone should worry about it because it was completely England’s fault.”

India took a 1-0 lead after winning the opening Test match by 113 runs. The second Test match will be played at Wanderers, Johannesburg and the tourists will look to continue their domination.