Home » Cricket » They perform better in seaming conditions, we have the home advantage: Axar Patel

They perform better in seaming conditions, we have the home advantage: Axar Patel 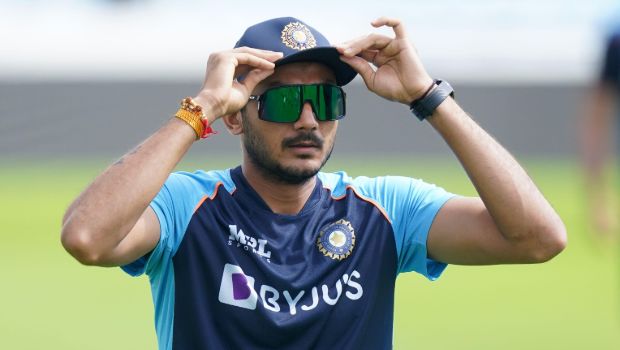 India’s all-rounder Axar Patel feels New Zealand perform better in seaming conditions and Team India will have the home advantage against them in the upcoming series.

New Zealand relies more on their fast bowlers to provide them breakthroughs while it is well known that the spinners get more assistance in the Indian conditions.

Meanwhile, Axar Patel will be looking to grab his opportunity as he has been picked in the T20I squad. Patel had a decent run for Delhi Capitals in IPL 2021 as he scalped 15 wickets in 12 matches and played a key role in taking the franchise to the playoff stages as he conceded his runs at an economy rate of 6.65.

In fact, initially Patel was included in the team’s World Cup squad but he was later replaced by Shardul Thakur.

On the other hand, Patel was at his absolute best in the home series against England as he had scalped 27 wickets in the three Test matches he played. The orthodox left-arm spinner added he would look to replicate the same success while playing against the Kiwis.

Speaking to Sportstar, the all-rounder from Gujarat said: “I will try to perform as well as I’d done during the Test series at home against England. It will be a good series against New Zealand. They perform better in seaming conditions than in pitches favouring spin. That will be challenging for them; we have the home advantage.”

Axar added: “At the same time, they’re playing really well in both red-ball and white-ball formats – they defeated us in the World Test Championship final – and therefore we can’t take them lightly. We have to be ready with our plans.”

On the other hand, Patel is also looking forward to bowling with veteran spinner Ravichandran Ashwin. Patel had savored great success while bowling with Ashwin during the four-match Test series against England earlier in the year.

“Ashwin and I are different types of bowlers, and wrist-spinner Mishy bhai is different as well. Physically we don’t compare our bowling with each other. Our roles and styles are different. Ashwin gives the ball a bit of flight, I like to deliver it fast. But when we practice, we discuss strategies and game plans, or basically, hone the mindset required for success. The mindset to bowl is what I’ve learnt from them – how to bowl in a given situation, etc.”

The first T20I between India and New Zealand will be played in Jaipur on Wednesday.