Home » Cricket » They should be part of the squad as soon as possible: Saba Karim bats for inclusion of Venkatesh Iyer and Ruturaj Gaikwad

They should be part of the squad as soon as possible: Saba Karim bats for inclusion of Venkatesh Iyer and Ruturaj Gaikwad 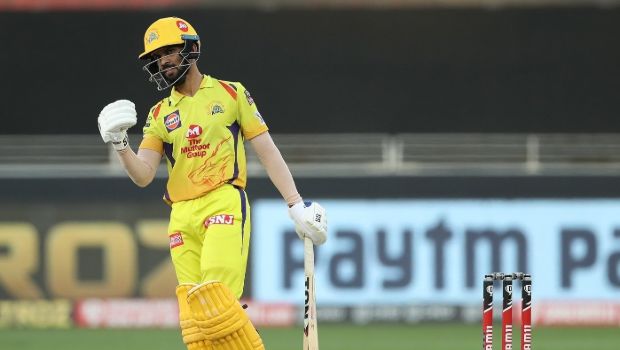 Former Indian wicket-keeper batter Saba Karim has put his weight behind Venkatesh Iyer and Ruturaj Gaikwad to be included in India’s white-ball teams.

The duo impressed in IPL 2021 as they were able to deliver the goods for their respective franchises. Gaikwad bagged the Orange Cap as he amassed 635 runs in 16 matches and played an instrumental role in leading Chennai Super Kings to their fourth IPL title.

On the other hand, Venkatesh Iyer scored 370 runs in 10 IPL matches for Kolkata Knight Riders and he also played a key role in taking his team to the final of the tournament. Both Iyer and Gaikwad have carried their impressive form in the ongoing Vijay Hazare trophy.

Karim said that both of these players should be included in the white-ball teams keeping the 2023 World Cup in mind.

While speaking on the Khelneeti podcast on YouTube, Karim said: “I believe that Venkatesh Iyer and Ruturaj Gaikwad have almost entered the first-team squad, and I’m talking about white-ball cricket. If we have to start the preparation for the 2023 World Cup, these two players should be part of the squad as soon as possible. They should be given as much exposure as possible. Both these players provide a different spectrum for the team. Gaikwad can be the backup opener with Rohit Sharma and KL Rahul going strong. On the other hand, Iyer has performed really well while batting at No. 5 or No. 6 in the Vijay Hazare trophy. If we are looking at the replacement for Hardik Pandya, we have already found the player.”

On the other hand, Iyer has also shown good skills with the ball and he could be a decent sixth-bowling option for Team India. Saba Karim added that Iyer is an all-format player and he should be groomed by the team’s management.

Karim continued, “Rahul Dravid has seen these players for quite a while now. The way Dravid used to prepare as a player, he must be prepared in the same way as a coach. He must have thought about a core of 23-25 players in the white-ball cricket circuit. He must have started the preparation for the World Cups. Venkatesh Iyer should definitely be part of the South Africa tour. He must then be tracked be in the Ranji Trophy as well because I believe he is an all-format player. It is also time that Gaikwad be in contention for the Test squad.”

Both Iyer and Gaikwad will look to continue their good form and keep knocking at the team’s selection doors.