This Australia tour will be tough for Cheteshwar Pujara – Glenn McGrath 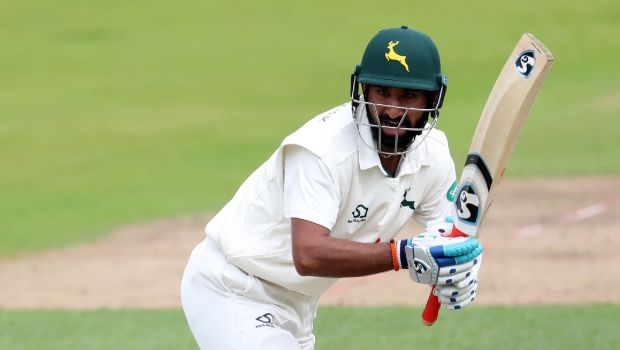 Former Australian fast bowler Glenn McGrath reckons the upcoming tour of Australia will be a tough one for Cheteshwar Pujara, as he hasn’t batted in the match situation for a long time.

The last time Pujara batted in the Indian whites was back in New Zealand in February. Almost all the Indian players recently played in the IPL but Pujara will be lacking match practice.

McGrath feels it won’t be easy for Pujara to replicate the same success which he had achieved in the previous tour. Pujara was India’s star in their last tour of Australia as he had scored 521 runs in four Test matches at an average of 74.43.

The right-hander had scored three centuries and he was the pick of the Indian batsmen. Thus, the Saurashtra batsman was also awarded the Player of the series.

Pujara is known to wear down the opposition bowlers and the right-hander had played 1258 balls in the previous series against Australia.

“The thing he did so well last time was that he occupied the crease. He spent time in the middle just batting. He is a kind of batsman who doesn’t feel pressure when not scoring runs. That’s unique in the modern era where there are batsmen who would want to score runs after one maiden over. Pujara doesn’t have that mindset. That helped him last time, allowed him to get a lot of time and just compile runs,” McGrath said in select media interaction.

“The fact that he hasn’t spent time in the middle, hasn’t had a lot of long batting time, is going to have a big impact. He will probably have to work harder this series than the last one as he hasn’t played any cricket.”

There is no doubt that Pujara is going to hold the key for the Indian team especially in the absence of Virat Kohli, who will miss the last three Test matches to be with his wife for the birth of his first child.

The Indian batting will need to be at the top of their game and Pujara is going to be the fulcrum of the batting order.