Home » Cricket » This is Hardik’s time to be the finisher who can win you games from anywhere: Kohli

This is Hardik’s time to be the finisher who can win you games from anywhere: Kohli 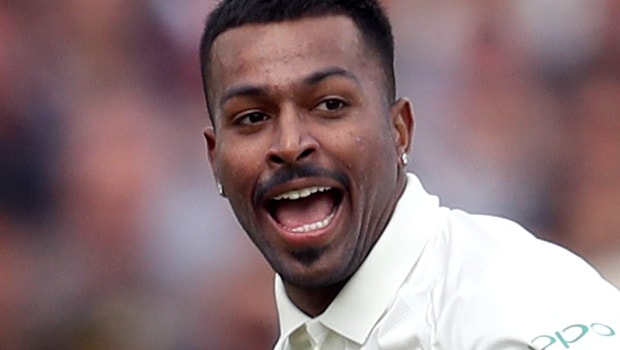 Hardik Pandya’s recent exploits with the bat in the ODI and the T20I series against Australia has convinced Virat Kohli that he can be India’s next finisher. The Indian skipper thinks that the time has come for Hardik to establish himself as a dependable batsman in India’s middle-order.

Kohli’s claims come on the back of Hardik’s match-winning knock of 42* off just 22 deliveries at the SCG, that helped India to bat the T20I series with a match still to go. Hardik had scores of 90 and 92* in the ODI series preceding the T20Is as well.

“The reason was Hardik coming into the team in 2016 was pure ability. He has raw talent. And now he realises that this is his time, the next 4-5 years, to be that finisher, that bankable player that can win you games from anywhere,” Kohli said during the post-match presentation ceremony after India’s six-wicket win at the SCG on Sunday.

“His plans are right and I’m glad to see that. He plays with all his heart and he certainly got that competitive nature about him and also has the skill to execute that at the highest level.”

The performance of the team in the absence of key players like Rohit Sharma and Jasprit Bumrah has impressed Kohli the most. Rohit wasn’t part of the squad as he is nursing a hamstring injury whereas Bumrah was rested to manage his workload.

Not only Hardik but T Natarajan has performed exceptionally in this series as well. He has registered bowling figures of 3/30 and 2/20 in absence of Jasprit Bumrah in this series.

“We’ve played as a team in T20 cricket. The fact that we don’t have Rohit and Bumrah, our established white ball players, in and still doing well makes me happy,” Kohli explained.

“Everyone has played 14 games at least, recently – so they know what their plans are. We just kept them down to a total which we thought was quite chaseable with the short boundary. It’s contributions from the whole team that make you feel better because young players are taking their opportunities.”

This is just the kind of positivity and momentum India needed heading into the four-match Test series starting on December 17 at the Adelaide Oval.