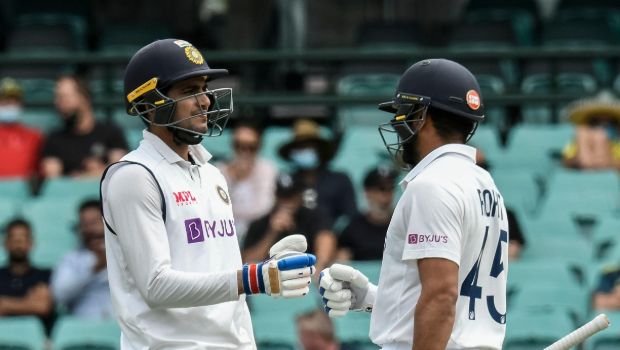 India needed 324 more runs to win the Gabba Test match at Brisbane on the final day of the game. The target was 328 runs and India needed a good start from their openers.

But India’s veteran batsman Rohit Sharma was dismissed cheaply and the pressure was on the visitors.

However, Shubman Gill played his natural game and took the attack against the opposition bowlers. Cheteshwar Pujara was able to hold one end while Gill kept the scoreboard ticking with his attractive shots.

Gill scored 91 runs from 146 balls with the help of eight fours and two sixes and thus kept India in the hunt to chase down the massive total. The youngster played the Australian bowlers with aplomb and played a key role in India’s historic win. In fact, this was the second fifty of the series for Gill and he was disappointed to miss out on a well-deserved hundred.

Gill was dismissed by off-spinner Nathan Lyon when he edged the ball to first-slip, Steve Smith.

Gill admitted that he felt a tad nervous when he was in the nineties and when he got closer to what would have been his maiden Test hundred.

“I really wanted to get 100 on that day I thought I deserved it. But once I got to the 90s, I knew that I was getting a bit nervous. I thought I would ask for drinks to calm down my nerves but I got out in the same over,” Gill revealed. “If I have to rate my innings it was nine out of 10. If I would have got a 100 obviously I would have been able to express myself more,” he further added.

However, Gill doesn’t have any regrets and he admitted wouldn’t have done anything differently. Gill was instrumental in giving a solid start to his team after he made his Test debut in the second Test match at the MCG.

“When I look back, I don’t think I would have done anything differently. I don’t have any regrets. I don’t think there is any concern in not being able to convert those starts. If I see my innings, there are very few innings in which I’ve thrown my wicket away.

“In most of the innings, where I have not been able to convert my starts, there have been good balls,” he signed off.

Shubman Gill scored 259 runs in three Test matches at an average of 51.8 against Australia and played a key role for the visitors at the top of the order. However, the youngster couldn’t continue the same form in the four-match Test series against England as he scored 119 runs in four matches.

Gill will play for KKR in the upcoming season of the IPL. KKR will begin their IPL 2021 campaign against Sunrisers Hyderabad at the MA Chidambaram Stadium, Chennai on 11th April.