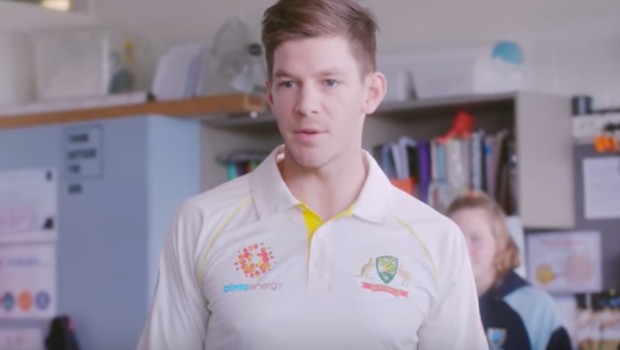 The Australian Test skipper Tim Paine has compared the India vs Australia rivalry to the oldest rivalry of the game, the Ashes. Both India and Australia have played quality cricket in the recent past and it was always an intense battle when both of these teams lock horns with each other.

Each team refuses to give an inch to the opposition and both of the sides sweat it out for the positive result. Meanwhile, Tim Paine had become the first Australian captain to concede a home series to India back in 2018-19 when the visitors won 2-1.

The Australian side were without the services of their talisman batsmen – Steven Smith and David Warner, who were both banned for a year for ball-tampering scandal. However, it would be unfair to take the credit away from the Indian team, which ticked the right boxes in the four-match series.

On the other hand, India is at the top of ICC Test Championship table with 360 points after nine matches whereas Australia is at the second place with 296 points under their belt from 10 matches. Both the teams will once take on each other in a four-match Test series in Australia and thus they will battle it out for numero uno position.

Paine stated both the teams are now different as compared to 2018 and it will once again be a thrilling contest between the top two sides.

“It’s not so much about looking back and trying to get them back for what happened last time,” Paine said during a video press conference. “This is a different team, no doubt their team will be slightly different as well.

“But it’s two high quality teams, a really anticipated series, purely because of the quality of cricket, not for what’s happened before. India and Australia as a rivalry, it’s a series a bit like the Ashes that we all look forward to.”

India and Australia have pushed each other to their limits whenever they have played. Paine admitted the fact that they were not at their best in the previous series of 2018-19.

The Aussie skipper added that they were not able to put the runs on the board and they are a better unit with Smith and Warner back in the team. However, he also gave credit to the Indian pace battery which had breathed down the neck of the Australian batsmen as they had scalped 48 wickets in the series.

“You put that amount of runs into a cricket side, last time we didn’t have … we know how good India’s bowling line-up is and last time we just weren’t quite good enough, if we’re totally honest, against that attack, whereas this time, I think we’ll be a different kettle of fish. We’ve got three of the best batsmen in the world in our top six.”

India will tour Australia later in the year for four Test matches and one of those will be a pink-ball Test.