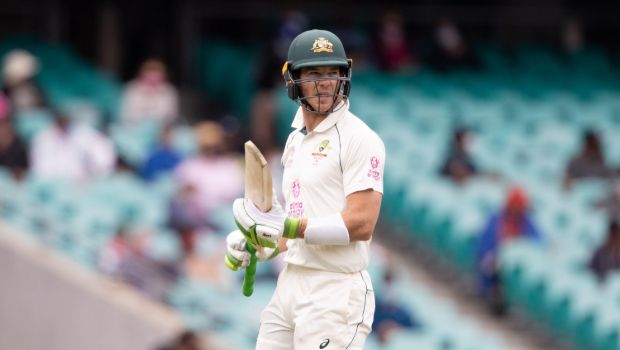 Former Australian skipper Tim Paine has decided to take an indefinite mental break from all forms of the game.

Paine has decided to take a break to manage his mental well-being after the emergence of his sexting scandal. Paine had also given up his Test captaincy last week following the same.

Paine was supposed to play for Tasmania in One-Day Cup before joining the Test squad for the Ashes but decided to withdraw from the game.

“Following discussions over the last 24 hours, Tim Paine has advised Cricket Tasmania that he will be taking a leave of absence from all forms of cricket for the foreseeable future. Cricket Tasmania will continue to support Tim and his family both professionally and personally over the summer,” Cricket Tasmania said in a statement on Friday (November 26).

Meanwhile, Cricket Australia has extended its support to Tim Paine. In the absence of Paine, either Alex Carey or Josh Inglis could make their respective debut for Australia in the first Ashes Test.

“We recognize that this is an incredibly difficult time for Tim and his family and are committed to supporting them. We respect and understand Tim’s decision to have a break at this time to focus on his and his family’s well-being,” Nick Hockley, Cricket Australia Chief Executive Officer, said. “The National Selection Panel will meet in the coming days to discuss the final squad ahead of the first Ashes Test on December 8.”

On the other hand, Paine’s manager James Henderson confirmed Paine’s mental break and said that they were extremely concerned for the wicket-keeper batter and his wife Bonnie Paine.

“Confirming that (Paine) is stepping away from cricket for an indefinite mental health break. We are extremely concerned for his and Bonnie’s well-being and will be making no further comment at this time,” Henderson tweeted.

After Paine decided to relinquish his captaincy duties, Pat Cummins has been named Australia’s 47th Test captain. The first Ashes Test will be played in Gabba, Brisbane from December 8.