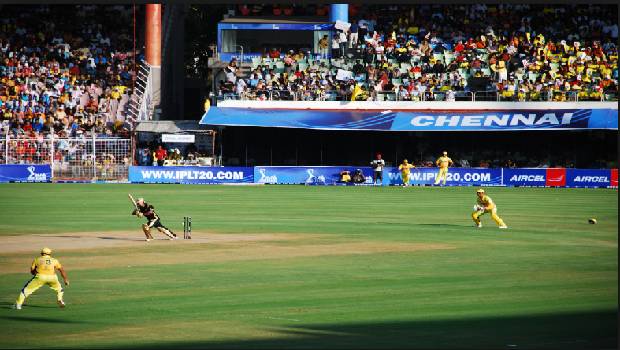 In a 13-overs per side affair, former champions Tuti Patriots held their nerve to beat Kovai Kings by six runs in a thriller at NPR College grounds in Natham.

Antony Dhas’ brilliant all-round effort (63 & 3/42) went in vain as Lyca Kovai Kings lost to former champions Tuti Patriots by six runs in a league match of the Tamil Nadu Premier League at the NPR College grounds in Natham on Thursday.

Rain delayed the start of the proceedings by a little over two hours, reducing the match to a 13 overs per side affair. Asked to bat, Patriots lost opener S. Senthil Nathan early. But, Akshay V. Srinivasan (31, 11b, 1×4, 4×6) and skipper Subramania Siva (44, 21b, 2×4, 5×6) forged an important partnership to take their team’s total past 50 in the fourth over.

The duo added 54 off just 19 balls before R.S. Jaganath Srinivas took a smart catch near the boundary to dismiss Akshay. Siva continued to be aggressive as he kept clearing the ropes at regular intervals.

Dhas, who castled Nidhish Rajagopal earlier, picked up the important wicket of Siva in the 10th over with the score on 99. S. Abishiek, who walked in at No.5, hit a couple of sixes before falling in the same over.

In reply, Kings were off to a poor start as they lost three wickets with just 13 runs on the board. V. Athisayaraj Davidson bowled skipper Abhinav Mukund in the first over, while D. Tamil Kumaran dismissed M. Shahrukh Khan and B. Anirudh Sita Ram in the next.

Kings scripted a recovery through a 49-run partnership off 27 balls for the fourth wicket between N. Mohammed Ashik and Akkil Srinaath, who hit three consecutive sixes off left-arm spinner M. Ganesh Moorthi.

Davidson broke their partnership when Ashik holed out in the deep. In walked Dhas (63, 26b, 2×4, 7×6) and began striking sixes at will. He notched up his half-century off just 19 balls as the Patriots bowlers struggled to contain him.

However, Kings’ chase got derailed when Vasanth Saravanan dismissed Dhas in the 12th over with the score on 133. Although Jaganath Sinivas hit a couple of sixes in the last over, he failed to take his team home. Follow link to see more India cricket news.