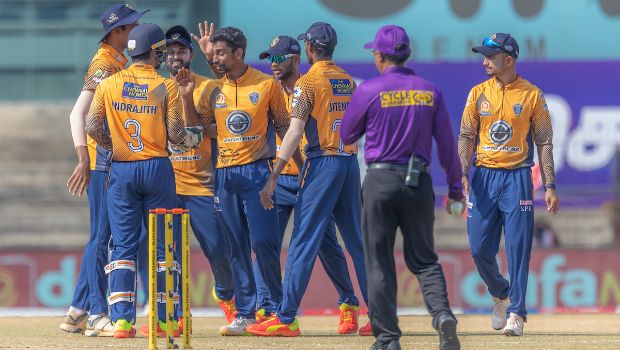 The reigning champions Chepauk Super Gillies will lock horns against Nellai Royal Kings in the maiden match of the sixth season of the Tamil Nadu Premier League 2022.

The first match of the season will be played at Indian Cement Company Ground, Tirunelveli on Thursday (23 June).

Chepauk Super Gillies are the defending champions and they will look to once again replicate their previous season’s performances. On the other hand, Nellai Royal Kings will also look to get off to a good start in their campaign.

Kaushik Gandhi will lead Chepauk Super Gilles in this season of the tournament. CSG has players like Sandeep Warrier, R. Sai Kishore and N Jagadeesan, who have had the experience of playing in the Indian Premier League.

On the other hand, Baba Aparajith will lead Nellai Royal Kings in the sixth season of the competition. NRK have Baba Indrajith in their squad, who had represented Kolkata Knight Riders in Tata IPL 2022.

Both teams will aim to get off to a winning start in TNPL 2022 and they will look to draw first blood by coming up with a collective show.

Match Prediction: Based on squad strength, Chepauk Super Gillies will begin the contest as favorites against Nellai Royal Kings.