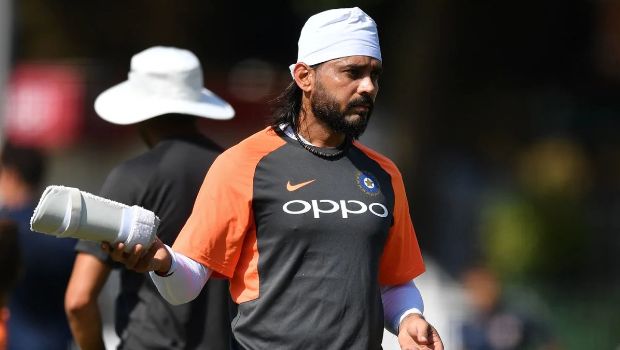 Former Indian opener Murali Vijay has been out of action for two years and he is all set to make a return to professional cricket in the ongoing Tamil Nadu Premier League.

Vijay will turn up for Ruby Trichy Warriors, which had finished as the runners-up in the previous season of the tournament.

Vijay said he doesn’t want to put any extra pressure on himself by setting any goals and he wants to enjoy his cricket in the upcoming sixth edition of the competition. The flamboyant batter has all the experience under his belt and he will look to make the most of it to deliver the goods for Ruby Trichy Warriors.

Murali Vijay said before the start of the tournament, “I will play this year’s TNPL and want to enjoy my cricket.”

It is well known that Murali Vijay is a treat to the eyes and he added that batting is about balance and stability.

“Batting is all about core balance and stability. Then your stable mind and reflexes come into play,” he said.

The 38-year-old added that he wants to play his natural game and said TNPL is a blessing for Tamil Nadu players, who get a chance to showcase their skills and talent.

“I do not want to set myself any targets. Just want to play my natural game.”

The former India opener said, “TNPL is a gift to the cricketers from Tamil Nadu, particularly the youngsters. It provides them with a stage watched by millions. Then they can climb the ladder.”

On his sabbatical, Vijay said, “I needed to take time off, needed to cope with some personal issues.”

Murali Vijay will be in action for Ruby Trichy Warriors when they will face Dindigul Dragons on Friday.