Home » Cricket » To average 50-plus in T20 cricket, it is crazy and unreal – Rohit Sharma lauds Virat Kohli

To average 50-plus in T20 cricket, it is crazy and unreal – Rohit Sharma lauds Virat Kohli 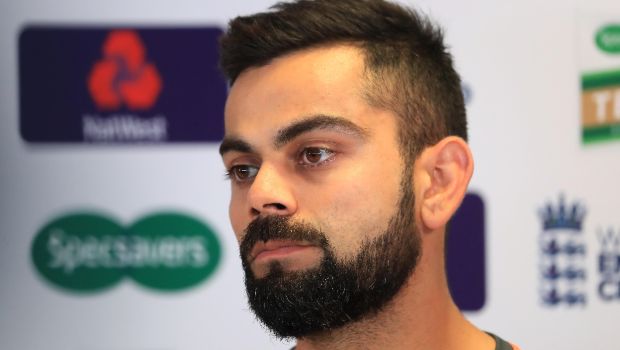 Sharma who took over the limited-overs captaincy baton from Virat Kohli heaped praise on his predecessor for being a consistent performer in all three formats of the game.

Rohit stated that to average 50-plus in T20 cricket is crazy and unreal. Kohli is one of the few batters who have an average of more than 50 in the shortest format of the game. In fact, Kohli is the solitary batter who has an average of more than 50 in all three formats of the game. The talisman is one of the most consistent batters of modern cricket and his record speaks for himself.

Rohit Sharma said while talking on Backstage with Boria, “A batter of his (Kohli’s) quality is always needed in the squad. To have an average of 50 plus in the T20 format, it is crazy and unreal. Obviously, with the experience… he has batted and bailed India out so many times from difficult situations. The quality and his kind of batsmanship is required. Plus, he is still a leader of the team. All those things put together, you don’t want to miss out. You don’t want to ignore that kind of stuff. His presence is very important to the team.”

On the other hand, Rohit Sharma replaced Virat Kohli as the new ODI captain, the BCCI announced on Wednesday. It has been reported that Kohli was given 48 hours to step down from his role but he refused to do so and thus the Indian board decided to remove from his captaincy duties.

A BCCI source said as quoted by Indian Express, “The BCCI wanted absolute clarity between red-ball and white-ball cricket. The BCCI wanted a complete (leadership) separation between the longest format and shorter formats to avoid any confusion. In the end, it was left to the selectors to take a call. They decided to appoint Rohit as new ODI captain.”

Furthermore, Rohit has been appointed as India’s new vice-captain of the Test team as Ajinkya Rahane has been removed after his poor form in the last two years.

India will play the first Test match against South Africa at SuperSport, Centurion from December 26.