To be honest, I wasn’t emotional – Shreyas Iyer on receiving India’s cap 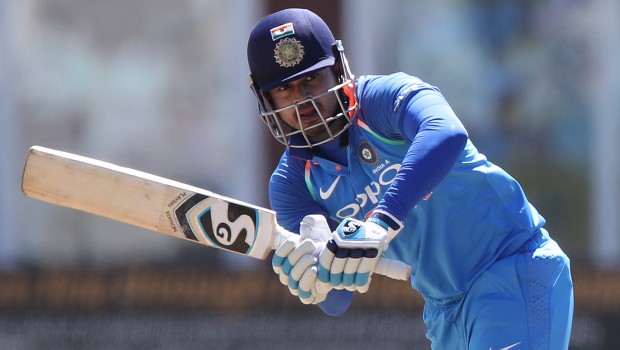 It is always a dream come true for any young player to receive India’s cap. The journey to India’s cap is always a difficult one because of the competition and one must be consistent to make a case for himself. Generally, receiving the Indian cap is quite an emotional moment for a player as he has to go through the hardship to earn the reward. However, India’s talented batsman Shreyas Iyer didn’t feel any emotions when he was handed the national cap.

Shreyas Iyer made his Indian debut in November 2017 against New Zealand but he believes he should have got his chance before. Consequently, Iyer added that the feelings were not running high, which is rare for a young player who gets his maiden cap.

Iyer said while talking to Cricbuzz on Spicy Pitch, “To be honest, I wasn’t that emotional. When I got the cap because I felt that I should have gotten it way before. So whenever I was given the cap, I was like..okay..normal. I didn’t feel much.”

On the other hand, Iyer recalled that he used to crib a lot when he was not getting selected in the national side. However, the Mumbai batsman was able to get his head in the right place and added that he focussed on enjoying the game. Subsequently, the rest of the things automatically fall in place for him.

Iyer added, “I was very angry, I was rude, I always used to crib about not being selected. Then I realised it’s too much to think about. I am enjoying my life, I am enjoying my batting. At the same time, I have to enjoy my cricket. When you enjoy it, you keep scoring. I just kept doing my job, that is to score runs. I knew one day I was selected.”

Meanwhile, India had its issues with the number four batsman. It had become India’s Achilles Heel and all the batsmen had failed to deliver at the troublesome position. However, Iyer was able to grab his opportunities to put paid to India’s number four position woes.

The Mumbai batsman has shown the promise to go a long way in his career and he has the right temperament. Furthermore, Iyer has shown good leadership skills as he has led Delhi Capitals with aplomb in the IPL.