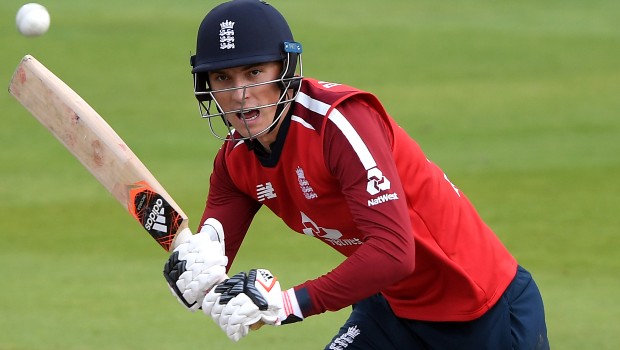 England opener Tom Banton and veteran Pakistan batsman Mohammad Hafeez took giant strides in the latest update of the ICC T20I rankings. Banton, impressed with his pyrotechnics, took a huge leap of 152 places to reach the 43rd rank. The right-hander scored a total of 137 runs in the three matches, including a fine knock of 71 runs in the first match, which was washed out.

Pakistan’s experienced batsman Mohammad Hafeez who scored 155 runs in the two innings, made a jump from 68th to 44th rank. Hafeez was also awarded the Man of the match in the final game and also Man of the series award for his brilliant renditions with the bat.

England’s southpaw batsman Dawid Malan who scored 84 runs in the series got back into the top five. Jonny Bairstow, who didn’t have the best of the series as he scored only 46 runs made a gain of only one place to reach career-best 22nd place in the rankings.

On the other hand, Pakistan’s spinner Shadab Khan, who took five wickets, which was the most in the series, made a jump of one place to get to eighth rank. England’s Tom Curran and Shaheen Shah Afridi who scalped two wickets apiece, have both moved up to take the joint 20th place. Curran made a jump of seven places whereas Afridi took a leap of 14 places.

In the team’s rankings England remained static at the second place whereas Pakistan remained at the fourth place as the three-match series was drawn 1-1. England will next take on Australia in the three-match T20I and as many ODI matches. The first T20I will be played at the Rose Bowl, Southampton on 4th September.