Toned down aggression to win back fans, not protect IPL deals – Pat Cummins on Clarke’s remarks 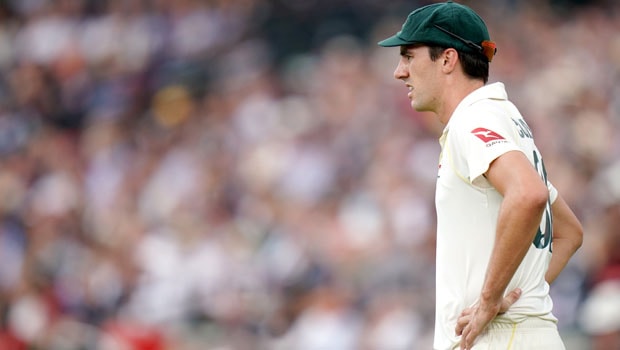 Australia’s gun pacer Pat Cummins has revealed that the team had decided to toned down aggression to win back their fans in the 2018-19 Test series against India. Recently, former Australian skipper Michael Clarke had lashed out at the team for their sedative approach. Clarke had said that the team was too soft and sucked up to Virat Kohli and Co..

The former Australian captain had added that the Aussies had done so to protect their lucrative IPL deal. However, Pat Cummins has clarified that they were trying to win back fans’ hearts as the Australian cricket image was tormented after the ball tampering scandal.

The Australian players were under the scrutiny for their actions and the players were trying to start from scratch. The hosts knew that if something goes wrong, the media will make a mountain of the molehill. Thus, the Tim Paine-led side was cautious in their approach and they didn’t want to break the barrier.

The Australian head coach Justin Langer had also asked his team to play with the right spirit. On the other hand, Australian skipper Tim Paine had also quashed Michael Clarke’s remarks and said that every player was trying to win the game for the team.

“I think probably a bigger factor was six months before leading into that Indian series the media and everyone commentating on the Aussie cricket team were pretty clear in their direction in the way they wanted the Aussies team to go and that was playing a little bit less aggressively out on the field,” Pat Cummins told the BBC.

Meanwhile, Cummins also admitted the fact Clarke’s claims might be true for some of the players, who were not looking to spoil their IPL contracts.

“I’d say that would have been a bigger factor than trying to win or lose friends out on the cricket field. But you never know, that might have been a factor for some players.”

There is no doubt that the Australian players were under the microscope after Steven Smith, David Warner and Cameron Bancroft were banned for the ball-tampering saga in the Cape Town Test.

On the other hand, Pat Cummins had scalped 14 wickets in the 2018-19 series in the four Test matches at an average of 27.29. The ace pacer is currently the best Test bowler in the world.