Home » Cricket » Towards end of the game, MS Dhoni batted like result did not matter to him – Rahul Dravid

Towards end of the game, MS Dhoni batted like result did not matter to him – Rahul Dravid 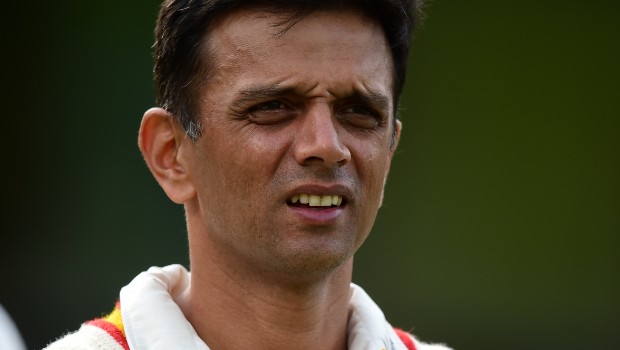 Former Indian captain Rahul Dravid heaped praise on MS Dhoni, for his finishing skills. Dravid stated Dhoni showed no pressure while going after a target as if the result did not matter to him. MS Dhoni is regarded as one of the best finishers to have embraced the game and he is known to handle the pressure with great success.

Dhoni has an average of 50.57 in his illustrious ODI career of 350 matches. The former Indian skipper has remained undefeated on 84 occasions in the 50-overs version. The average of over 50 goes to show that Dhoni has been consistent and he has provided finishing touches while batting mostly at number six.

In fact, it is never easy to bat at this position as one has to hit the ground running on most occasions and Dhoni has successfully done that. Furthermore, Dhoni is a great reader of the game and he knew when and what bowlers he needed to attack to get his team over the line. Thus, Dhoni always used to be guile in his decision making and savoured great success while batting in the middle lower order.

Dravid added that it would be interesting to ask Dhoni whether remaining calm at the fag end of the innings has come naturally to him or he has worked on it during his career.

“You watch MS Dhoni play during the backend of a match when he was at his best, you always felt like that he is doing something really important to him but he is playing it like the result does not really matter to him,” Dravid told Sanjay Manjrekar during a videocast hosted by ESPNCricinfo.

“I think you need to have that or you need to train for it. It is a skill that I never had. The consequences of any decision mattered to me. It would be interesting to ask MS Dhoni that is this something that has come naturally to him or did he work on this during his career,” he added.

Dhoni has always known how to handle the pressure and it is his ability to stay calm in the pressure situations, which has brought the best results for him and the team.

Furthermore, Dhoni has scored his runs at an impressive strike rate of 87.56. He had the skills of clearing the fence at will and used to back his ability.