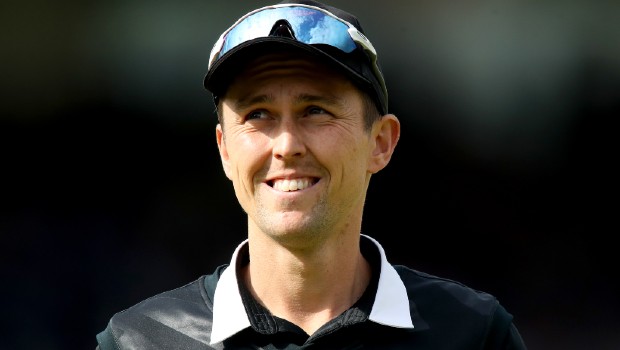 Former Indian opener Gautam Gambhir reckons Trent Boult’s inclusion will give an edge to reigning champions Mumbai Indians whereas Suresh Raina’s exclusion will be a challenge for the Chennai Super Kings. MI had secured the services of Trent Boult after trading him from Delhi Capitals.

As Mumbai Indians legend, Lasith Malinga, who is the leading wicket-taker in the IPL, has pulled out of the IPL due to personal reasons, Boult will be a handy bowler for MI. The New Zealand fast bowler has a rich repertoire and he would aim to come up with his best. Boult has scalped 38 wickets in 33 IPL matches whereas he has snared 39 wickets in 27 T20I matches.

Boult has the skills to move the ball both ways in the initial stages of the innings whereas he can also hit the blockhole consistently in the death overs.

Thus, CSK will have big shoes to fill. Raina has been a consistent performer for CSK in the IPL and he has always been instrumental in the success of the franchise. Gambhir feels it would be a challenge for CSK to find a similar batsman of the caliber of Raina at number three.

“I am really excited to watch how Trent Boult and Jasprit Bumrah will bowl with the new ball, because we all know Bumrah and Boult are world class bowlers, and in the T20 format both are wicket-taking options,” Gambhir said on Star Sports show ‘Cricket Connected’.

“There will be a challenge for Chennai Super Kings considering they do not have Suresh Raina batting at No.3. Shane Watson has not played international cricket for a long time, so we would want to know who will open with him and how will these batsmen face these bowlers,” the former Kolkata Knight Riders skipper said.

Meanwhile, Mumbai Indians and Chennai Super Kings have always shared a great rivalry in the IPL. The defending champions, MI have had their wood on the CSK in the recent past and they are the only IPL team who have an upper hand against CSK.

Both the teams have played 30 IPL matches, out of which 18 have been won by MI whereas CSK have won 12. MI and CSK will play the opening match of the 13th edition of the IPL at Sheikh Zayed Stadium, Abu Dhabi on 19th September.