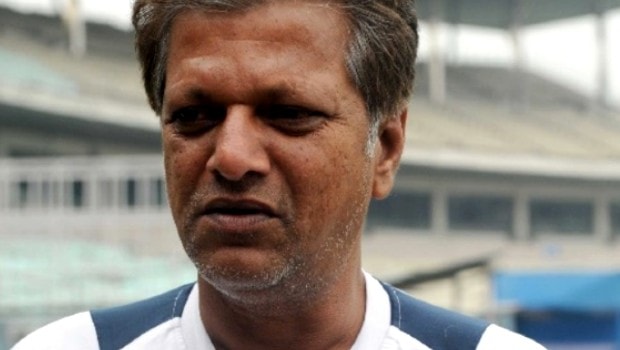 India’s women team coach WV Raman said he is trying to create an Indian team that will dominate World Cricket in the coming years. India’s women team has taken giant strides in the recent past and the results are palpable. Harmanpreet Kaur-led side had made it to their maiden T20 World Cup final but could not cross the last hurdle against Australia.

However, India was magnificent in the league stages as they had defeated Australia and New Zealand to qualify for the semi-final. The semi-final was washed out due to rain and as Women in Blue had won all their league matches, they got the ticket for the final.

Meanwhile, the Indian Women has gone from strength to strength. The players like Shafali Verma, Poonam Yadav and Jemimah Rodrigues have impressed with their performances and they have been the big positives for the side. In fact, the average age of the team is early 20s and thus all of them can play together for the next six-seven years.

“I’m trying to create a team which will play together for 6-8 years and dominate world cricket,” Raman told The Times of India. “That’s what sets the Australian team apart. As a team, they have played quite a few finals together and that’s the reason why they dominated the World Cup.”

Meanwhile, the team was not able to put up a fight in the final contest against Australia as they lost by 85 runs. The hosts were too good on the day and obliterated the Indian side. In the post-match presentation, Shafali Verma had broken down in tears but Raman added there was nothing to be ashamed of.

“I just told them there was nothing to be ashamed of,” he said. “Instead, they have every reason to hold their heads high because they gave a good account of themselves against tremendous odds. Things can go wrong on a given day even for the best of sides. It was just a wrong day for us and that’s all there was to it.”

On the other hand, Shafali Verma shot herself into limelight in the tournament as she scored 163 runs in five matches. The aggressive right-hander scored her runs at a strike of 158.25 and got two player of the match awards. Raman said it is crucial to guide Shafali in the right direction especially at this young age.

“She (Shafali) is still a child. People may have good intentions when they say a lot of things in her interest, but that is all futile. For now, we must let her be. What is also important for her at this juncture is that she needs to be guided properly by her family,” Raman said.

India’s women side are ticking the right boxes and hopefully they will keep improving their game. WV Raman has been instrumental in the upliftment of Women cricket and he would like to continue in the similar fashion.