U-19 World Cup: India thrashed Pakistan by ten wickets to enter the final 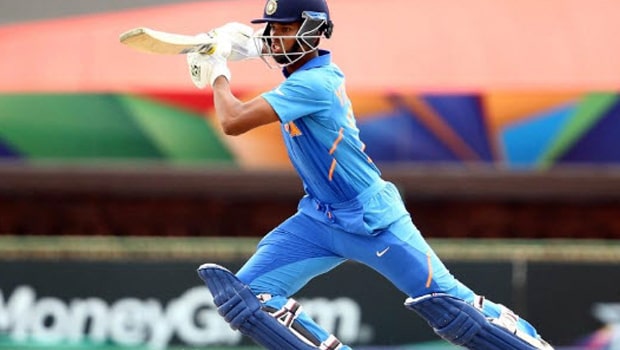 Defending champion, India has maintained the push for the Under 19 World Cup cricket title by beating Pakistan by ten wickets in the semi-final in Potchefstroom, South Africa.

With the win over their rival, India has now entered the final of the tournament seven times and won it on four occasions.

After electing to bat, Indian bowlers were at their best, choking Pakistan to a paltry 172 in 43.1 overs in a classic fashion.

The class between the two sides could be traced down to the participation of five Indian players in the local league where they had garnered experience and confidence to face their rivals.

When it was the turn of the defending champions to bat, Left-handed opener Yashasvi Jaiswal batted like a man among boys producing an unbeaten knock of 105 off 113 balls. Divyansh Saxena also supported him in an easy chase completed in only 35.2 overs, which he produced 59 not out off 99 balls.

With a bowling attack that was pedestrian, it couldn’t withstand the drives that flowed from Yashasvi’s blade with Divyansh, giving also producing a pleasing performance after playing the ball late.

Toling with the Pakistani bowling attack, Jaiswal hit their bowlers towards all parts of the ground to become the youngest Indian double centurion in List A cricket. He finished the game with another boundary, which also completed his hundred.

Jaiswal, who won the ‘Player of the Match’ award, described his achievement as a dream come true doing it for his country. While describing his feeling great, he said, scoring a hundred against Pakistan in a World Cup semi-final is something he ‘can’t put into words.’

He further stated that the team was talking about how they needed to stick at the wicket after Pakistani bowled well initially. With that done, they succeeded in riding them out and dominated afterward.

Indi had already put the game to bed in the first half when Pakistani batsmen had no answer to the pace of Tyagi (2/32 in 8 overs), and leg spinner Ravi Bishnoi (2/46 in 10 overs) bowled well as he became a difficult proposition to read.

The only significant contributions were from Pakistan skipper Rohail Nazir (62 off 102 balls) and opener Haider Ali (56 off 77 balls) after their innings lasted 43.1 overs.

With this victory, India has maintained supremacy over Pakistan at the age. India had won the tournament in 2000, 2008, 2012, and 2018. India is now ahead of Pakistan in both women and men categories in the ICC tournaments.